Political Assassination?: Murdered Vanguard Reporter, Tordue Salem Worked For The APC In Benue Gubernatorial Election In 2019; Has Been Campaigning For Brother-In-Law For 2023 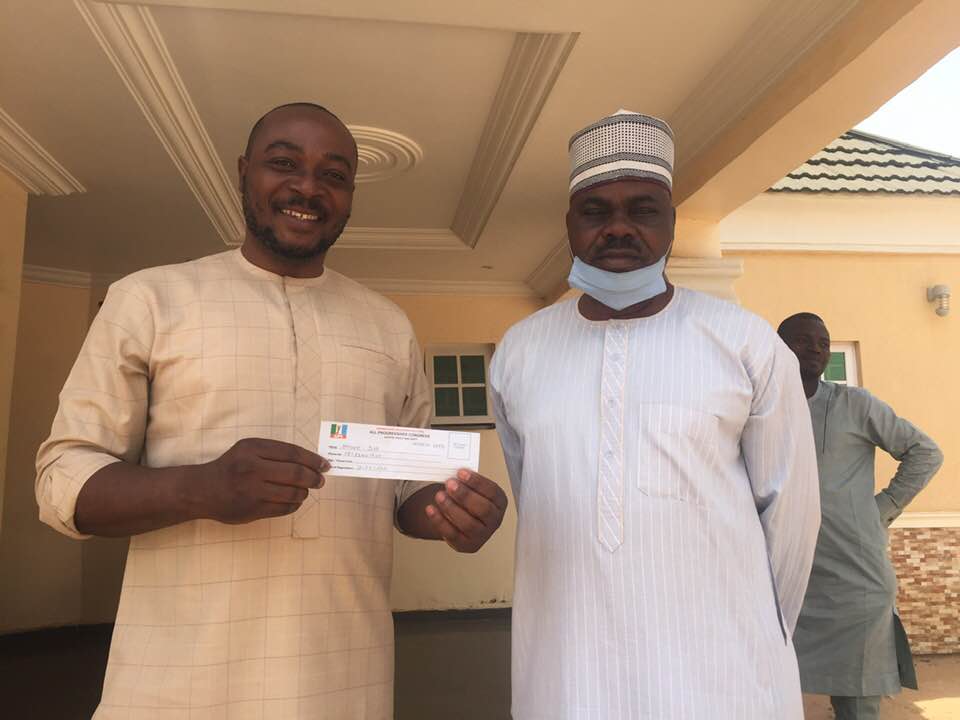 Families, associates, and well-wishers have been thrown into mourning over the death of the missing Vanguard Reporter, Tordue Salem.

The Benue State-born Journalist, who worked as a reporter in the National Assembly for news medium, Vanguard, was declared missing on October 22, 2021, and on November 11, 2021, 29 days after was declared dead.

The Police officially paraded one Clement Itoro, who confessed to mistakenly hitting him with his car in an alleged ‘hit and run’ charade.

29-year old Itoro, a native of Akwa-Ibom State in his confessional statement said he was driving around Mabushi area in Abuja the night of October 13, 2021, coming from Jabi, going to Wuse market, and on his way coming at high speed, Tordum was crossing the road and he knocked him down but could not wait as he was afraid of armed robbers in that area. He then had to leave the scene but saw the deceased’s smashed phone when he got home.

The narration of Clement to many obviously has loopholes with many posers coming to the fore:
How come his dead body was not found by passersby that night or the next morning?

Why did it take 29 days to recover his corpse if it was indeed a hit-and-run accident?

Who recovered the corpse and has an autopsy commenced to ascertain the remote cause of his death?

There have been insinuations and conjectures on the likely cause of his death and the most vocal among them is political assassination, which was echoed by late Tordue’s sister, Elizabeth Jessica.

But a look at the previous antecedents of Tordue Salem showed he was actively involved in the politicking of his home state, Benue.

THE VENT REPUBLIC reports that Tordue worked for the APC candidate in the 2019 election, Emmanuel Jime, and had begun the campaign for another APC Guber aspirant, Dr. Jeff Kuraun for the 2023 gubernatorial polls in Benue State.

Tordue Salem wasn’t just a reporter; he was a partisan one as he was seen in the picture below holding his APC membership slip. It is safe to infer that the late reporter was a card-carrying member of the APC.

From his Facebook page, it could be deduced that he has begun moves to work for the candidature of senior Seismologist, Jeffrey Kuraun, who happens to be his brother-in-law. A look at Salem’s Facebook page indicated that the deceased had been working for the emergence of the APC aspirant.

Tordue himself wrote June 29 this year on his Facebook Page:

“Some ‘big names’ running for Governor in Kunav land, feel entitled to Government House. They are irritated by some ‘small boys’ , dragging their birthright with them, so these Lords of the Manor, have decided that, no matter how many times so-called meetings of APC Kunav aspirants are held, they will NEVER EVER, invite particular ‘small boys’ and people they, in their almighty wisdom, consider ‘unserious contestants’.

That’s the way they have chosen to play their politics, and this is the same kind of self-marginalizing politics, that has held this most educated and talented part of Tivland down, in the political architecture of Benue State, since 1951.

The superior wisdom that “KA AONDO ANE TOR YE”, la, doesn’t make sense to them. It is them who should be TOR, not some ‘meddlesome’ youth with ‘little’ experience.

The Benue Government House, to them, is a RETIREMENT RESORT, or a sort of prize for longevity in regressive politics. Well, God and the good people of Benue, will decide, very soon enough! This is my personal observation.“

Could it be a case of murder as being suspected by many and being echoed by his sister, Elizabeth Jessica?

The truth, no matter how hidden will reveal itself in the fullness of time.