#BBNaija: Queen Says She Is Attracted To Pere But Reveals Why She Can’t Date Him, Pere Responds 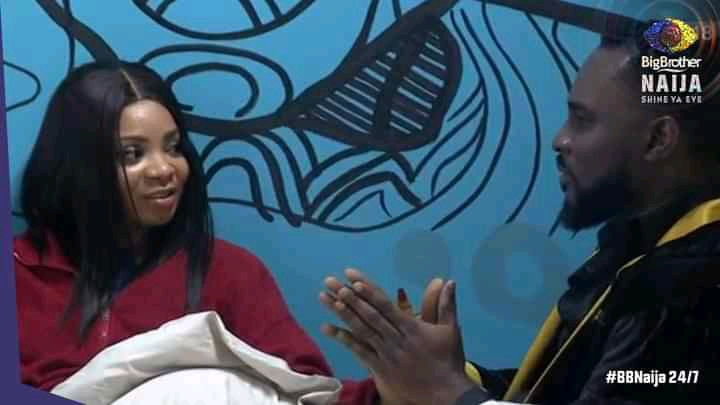 Big Brother himself decided to introduce a new twist to the ‘Shine Ya Eye’ edition of the Big Brother Reality show by introducing 4 new housemates, KayVee, Micheal, JMK, and Queen.

The new housemates were expected to spice up the show, bringing up vibe, content, and drama but then we may have to wait for one or two weeks for them to unveil who they really are.

THE VENT REPUBLIC reports that Queen, one of the new housemates in a chat with fellow housemate Yousef revealed she finds Pere, the current Head of House (HOH) attractive but revealed two reasons she cannot be in a relationship with him.

While interacting with Yousef on Tuesday, Queen inferred that Pere has the “King vibes’ in him which attract and turn her on but unfortunately cannot be romantically entangled with him because he is not fair-skinned.

She also pointed out that she doesn’t want to scatter the brewing chemistry between pere and his deputy, Maria.

In the words of Queen:

“I find Pere attractive because he has this king vibe, even the way he walks. If Pere was light-skinned I would grab him and I wouldn’t even let him go.

“Pere is my spec physically. I just wish he was light-skinned. Also, he’s with Maria and I don’t see myself scattering any ship.”

In the course of the conversation, Pere who was across the table overheard her and quickly added that he’s not in any ‘Ship’ with Maria yet as she’s yet to reciprocate his feelings.

In the words of Pere:

“I told Maria I have feelings for her, but she was using me to cruise. She hasn’t accepted my proposal yet. We are just cool,”.

THE VENT REPUBLIC recalls that Pere had declared his intention to have a romantic relationship with Maria but she rebuffed his advances while still drawing close to him.

2 thoughts on “#BBNaija: Queen Says She Is Attracted To Pere But Reveals Why She Can’t Date Him, Pere Responds”