I Am Sorry — Wike Apologises To Oshiomhole Over Obaseki, Says Edo Governor Is A Serial Betrayal 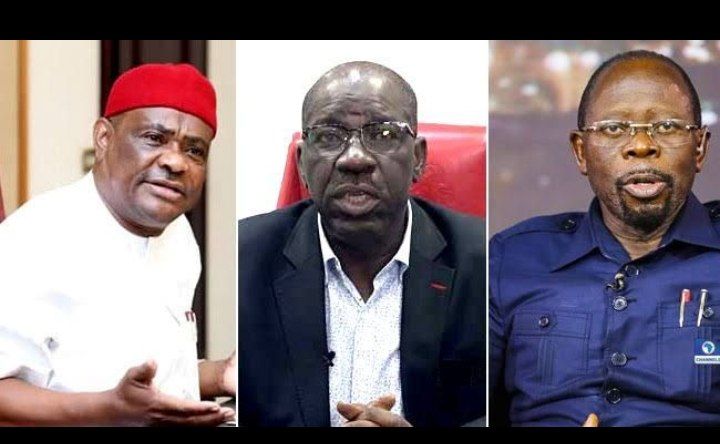 It appears the war of words between the Rivers Governor Nyesom Wike and his Edo State counterpart won’t abate soon as the Rivers State Chief Executive has lambasted his Edo counterpart, describing him as a serial betrayal and ungrateful person.

THE VENT REPUBLIC recalls that Wike had thrown the first shot when he called out the Edo State Deputy Governor, Philips Shuaibu after the latter had said there are alternatives to the PDP.

Obaseki had lept to the defence of his Deputy Governor, averring that the PDP is not the personal property of the Rivers Governor.

Wike, not to be caught unfresh has rubbished Obaseki’s diatribe against him, positing that Obaseki’s former godfather, Adams Oshiomhole, had been vindicated.

Wike in his reaction also tendered an unreserved apology to Oshiomole for ignoring his warnings about Obaseki noting that everything Oshiomole asserted about the character of the Edo Governor had come to pass.

In his words:
“If you ask anybody or check the DNA of Obaseki, you will discover that he is a serial betrayer and an ungrateful person”

” I apologise to Oshiomole who told us about Obaseki. You have been vindicated,” he said.