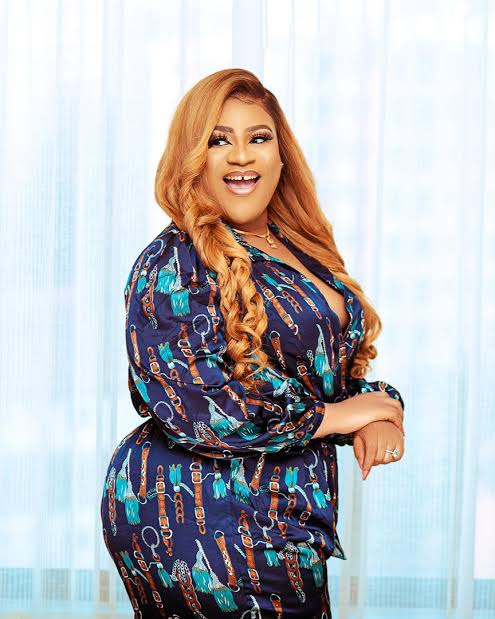 This comes after she condemned ladies body-shaming Angel on social media. According to the actress, she would understand if a man shames a woman’s saggy breasts but it is wrong for ladies to shame their fellow women. Nkechi also shared a braless photo of herself to defend Angel.

Barely 24 hours after advising netizens to stop mocking people over their natural defects, Nkechi Blessing mocked Yousef for pronouncing “Veto” as “Beto”, due to his accent.

She called him, “Aboki Namu”.

This didn’t sit well with an Instagram user who called her out for being insensitive and stupid.

“Your statement is stupid and insensitive af!!” the Instagram user wrote in part.

Nkechi Blessing fired back at the IG user, insulting him for refusing to get that she was joking with her statement.

See the exchange below,