25-Year Old Muyiwa Set To Wed His 85-Year Old Landlady, Reveals What Attracted Her To Him (Photos) 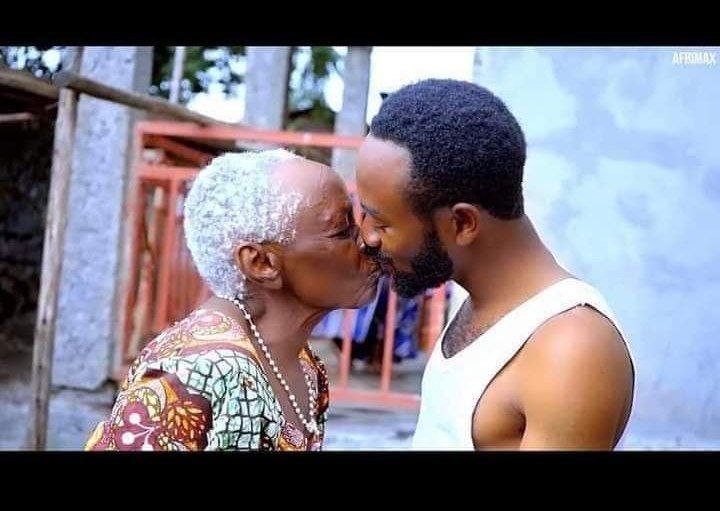 Age they say is just a number, and this has been seen in many cases, with different instances showing cases where the numbering of one’s days becomes infinitesimal to major life decisions.

In marriage, the widely accepted norm is that the husband should be older than the wife, even though we have seen vivid examples of happy marriages where the wife is older.

But what happens in a case where a man decides to fall in love with someone old enough to be his grandmother?

Love they say can make people do crazy things.

This is the case of 25-year old Muyiwa who against all odds is set to tie the knot and walk down the aisle with his 85-year old lover identified as Thereza.

Muyiwa has decided to dare what people will say to get married to Thereza, who he said the way she treated him pushed him to love her.

THE VENT REPUBLIC reports that the octogenarian Thereza, who already has 8 children and 20 grandkids, is the landlady of the apartment where Muyiwa and his friend reside.

The 60-years age gap between them is not enough to deter Muyiwa as he is set to take the relationship to another level even in the face of animosity and disapproval from Thereza’s kids and his friend, Kakule.

On how he met Thereza, Muyiwa in an interview with Afrimax revealed that he had his country Congo for another African country with the intention of continuing his education at the university and had rented an apartment together with Kakule, his friend.

85-year old Thereza was the owner and landlady of the apartment he rented and Muyiwa says in the course of his stay in the house, an incident made him realize she was the one for him.

According to the 25-year old man, his previous love interests were dramatic but Thereza is just different as she is unassuming and kind.

He noted that he is always hoping she doesn’t die before him.

While relating the particular incident that culminated in them both falling in love, Muyiwa said:

“I remember one Friday when my colleague wasn’t around, I was hungry and we had no food. I was very weak. And out of nowhere, the old woman brought me some food. She came and served me with too much care,” he recalled.

Muyiwa confessed that this was one of the many attitudes of the woman he experienced that got him.

“The way she behaved and treated me pushed me to love her. Though she is an old woman and in reality could be my grandmother, so what! I love her.”

Thereza while showering encomiums on Muyiwa, she says she loves the young man just as he loves her, and she is ready to risk it all for their relationship.

“I am 85 years of age. I have 8 children and 20 grandchildren. According to my boyfriend’s age, he could be my 5th grandchild. He loves me and I also love him. I am now ready to put on the wedding dress and ring.”

THE VENT REPUBLIC wishes them happy married life in this bizarre love story.