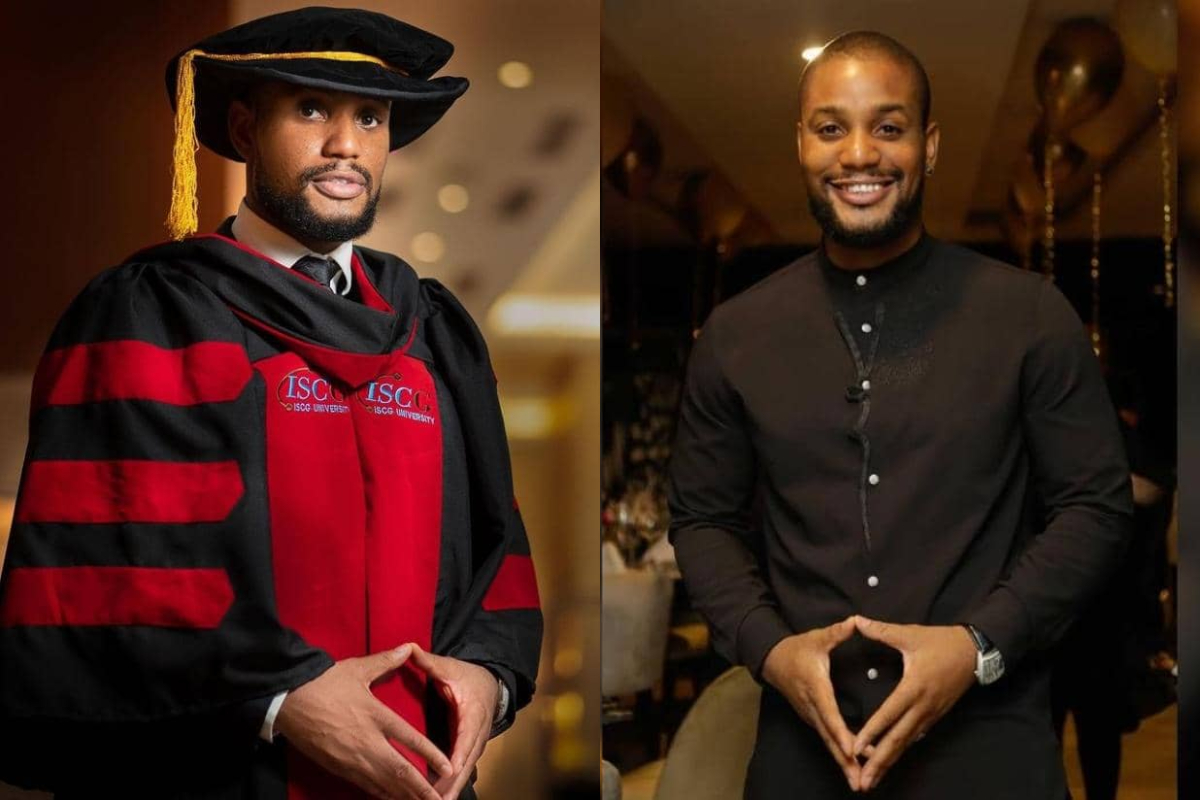 Popular Nollywood actor Alex Ekubo has been honoured with an honorary doctorate degree by a Benin Republic University.

This comes days after his model US based fiancée Fancy Acholonu dumped him months to their much talked about November wedding. She told him to live his truth which insinuates that he is gay as is widely believed.

Fancy and Alex were set to get married in November but then she called off the wedding all of a sudden asking Alex Ekubo to live his truth and it has been rumored that Uti Nwachukwu has a hand in the ending of their marriage.

A few days after being dumped, Alex Ekubo got honoured at the Institut Superieur de Communication et de Geston (ISCG University) doctorate degree in Arts & Culture over his robust contribution to the entertainment industry.

Alex Ekubo appreciated the honour bestowed upon him thanking the University for conferring on him an honorary doctorate degree in Arts and Culture hence he’s now Chief Dr, Ikuku Zukwanike Alex Ekubo.

Alex Ekubo has been bestowed as a chief a long time ago and now has been honored with a doctorate degree in Arts and Culture. Congratulations to him as this is a joyful moment but we doubt if he will be happy as expected.

Alex Ekubo hasn’t said anything after Fancy called off their marriage but a video of him and his friends that surfaced on the net showed that he’s not having it easy at all with his marriage being called off for some reasons best known to Fancy.