Toke Makinwa responds to a troll who said she is “unintelligent” 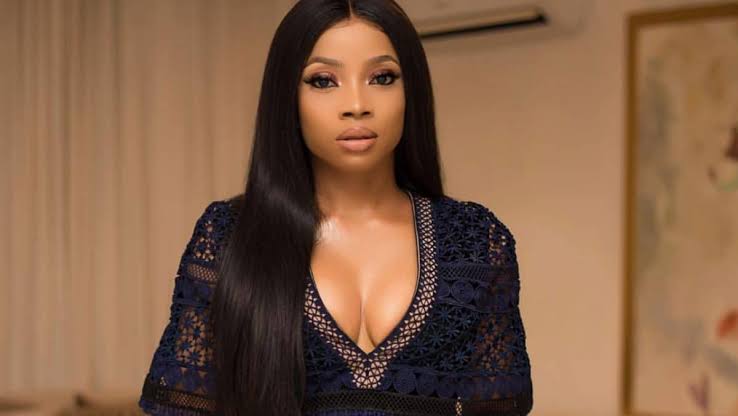 Media personality and lifestyle vlogger, Toke Makinwa has savagely replied a troll who described her as unintelligent.

A Twitter user identified as Drwhales had taken to the micro-blogging platform to describe the ace radio personality, television host and author as a “unintelligent”.

“Toke is so unintelligent”, the troll tweeted.

On sighting the unflattering comment, Toke quoted the tweet and in response noted that she is successful regardless of the troll’s opinion about her.

“But she’s damn successful though!!!! The irony”, she replied.

See their exchange below,

The 36-year-old Lagos born celebrity is an award winning actress, on air personality, show host, and successful entrepreneur. Asides making a name for herself in the entertainment industry, Toke is also a brand influencer and ambassador for several brands both local and international.

In other news, Toke Makinwa choke-slammed a Twitter user who attacked her for wearing a N1.5million Christian Dior outfit.

The lifestyle vlogger had taken to Twitter to wish her followers a beautiful week ahead on Monday, June 21. She simply tweeted, “Happy new week people”.

However, the Twitter user took it upon himself to query Toke for spending N1.5 million on a complete Dior outfit. According to the tweep, how much does she have to splash that huge amount of money on a single outfit.