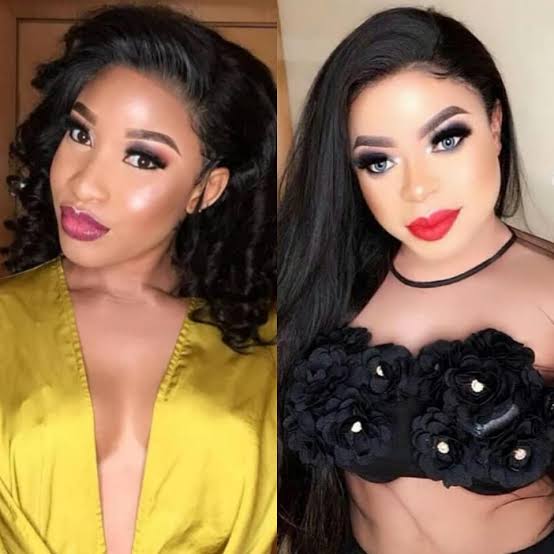 Controversial crossdresser, Bobrisky has thrown a subtle shade at his ex-bestfriend and actress, Tonto Dikeh.

It all started after Tonto Dikeh, who is going through a messy breakup took to social media to advise her fans and followers against wishing/praying for everything they see online.

“Be careful of what you ‘God when’ You don’t have all the information, only what you are allowed to see’, She wrote.

According to the internet celebrity, people develop the habit of sharing motivational quotes and giving advises after their heart has been broken.

He also noted that people who are desperately looking for husbands regularly drop quotes on social media.

“Na those people who they drop quote weekly they find husband pass. Aunty we are tired of your quote. It’s time you read those quotes to yourself.”

“Sometimes when you chop breakfast you turn motivational speaker.” He added.

See his posts below,