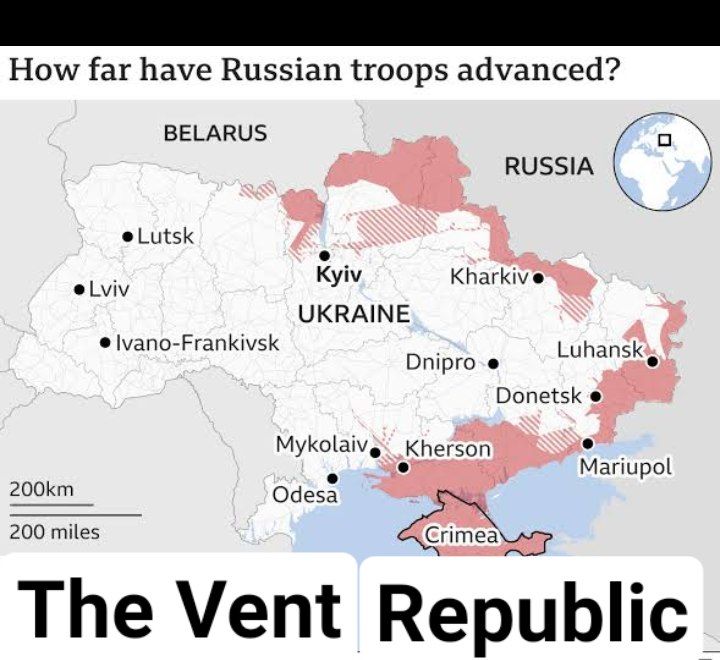 Ten persons who were standing in line for bread in Chernihiv has been allegedly killed by Russian forces.

The United States Embassy in Kyiv in a Tweet posted on its official Twitter handle condemned what it termed an ‘horrific attack’.It wrote: “Today, Russian forces shot and killed 10 people standing in line for bread in Chernihiv. Such horrific attacks must stop. We are considering all available options to ensure accountability for any atrocity crimes in Ukraine,” the embassy wrote.

THE VENT REPUBLIC reports that the Russia invasion of Ukraine culminated in the Putin-led country bombardment of Ukraine, where it targeted military formations and civilian apartments.According to reports, not less than 100 children have been killed by Russian troops in the war.