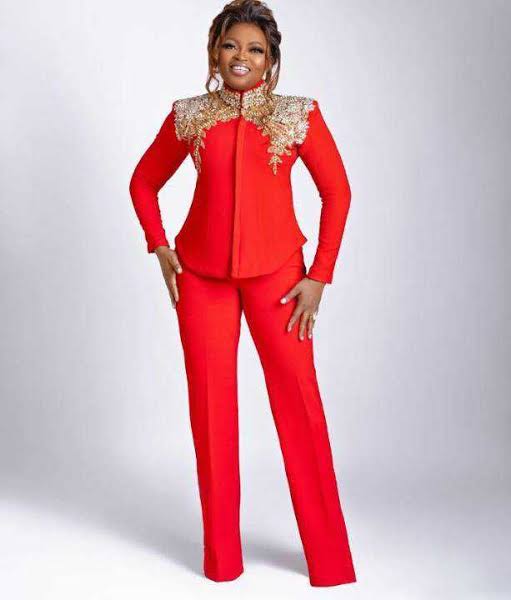 Nollywood actress, Funke Akindele-Bello has stirred hilarious reactions on social media after she shared some throwback photos of herself.

In one of the photos, the thespian wore a bootcut jean which trended in the 90’s with a black tank-top as she squatted for the camera. In the second photo, she donned a short pink dress coupled with a knee-high boot and leaned against a wall.

See the photos below,

The photos has had fans, followers as well as celebrities, rolling on the floor with laughter.

Her husband, JJC wrote, “Always been a beautiful queen 👑 but the pose don improve 😊”

BasketMouth’s wife, Elsie wrote, “😂😂😂😂😂😂the person that sold these boots to you is very wicked”