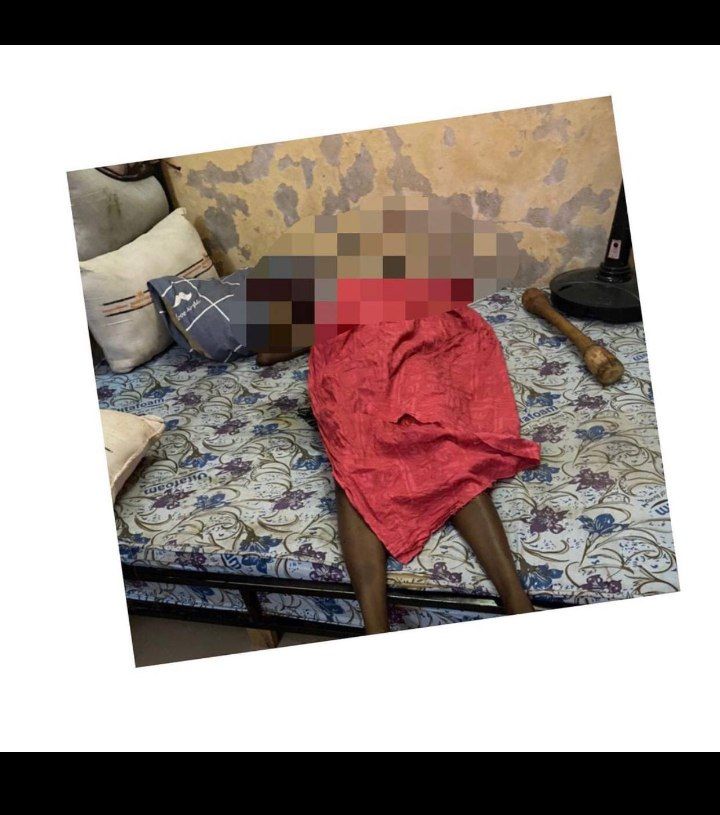 18-year-old Abdulsamad Suleiman, is currently cooling his heels in the custody of the Kano Police in connection with the gruesome murder of a 21-year-old housewife named Rukayya Jamilu, who happened to be his relative, THE VENT REPUBLIC reports..

According to reports, Abdulsamad on February 12, 2022, visited Rukayya in her home, in Danbare Quarters, and subsequently smashed her to death with a pestle before eloping with her mobile phones.

Kano Police Command spokesperson, Abdullahi Haruna Kiyawa, said the suspect was arrested after a complaint was lodged by the husband of deceased, who reported that on the fateful day.

It was gathered that when the husband returned home from work, he met his wife in a pool of her blood, motionless on her bed, and also his children, aged three and one, were seriously injured. He then reported the matter to the police station.

The command spokesperson while speaking in a statement on Wednesday, March 23, Haruna said:

“Investigations conducted by the Command’s Criminal Investigation Department and DSS led to the arrest of the Principal suspect, Suleiman, and his accomplice, one Mu’azzam Lawan, 17.

“On discreet investigation, the principal suspect confessed that on 12/02/2022 at about 1600hrs, he went to the house of the deceased as his relative and met her on the bed.

“After he greeted her, he saw three Mobile phones and took them. Having realized that, she recognized him, he used a wooden-made pestle and repeatedly hits her on her head and also hits her two children and left with the Mobile phones.

“He further confessed that he gave one of the Mobile phones to his friend and sold the other two at N12,000. His friend was arrested and also confessed to having sold the mobile phone given to him belonging to the deceased at N2,000.”