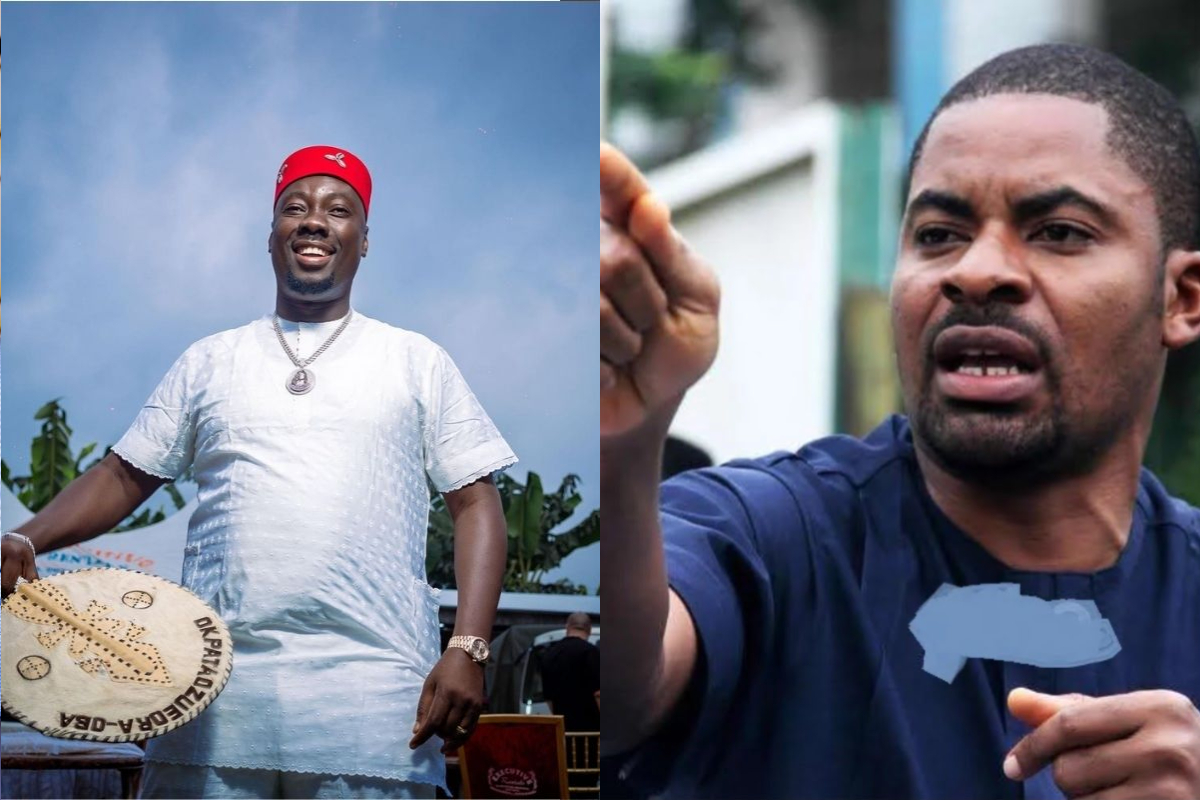 According to Adeyanju, Hushpuppi lived a lavish lifestyle with the way he flaunted money until he was arrested for his alleged acts. He opined that that ostentation that oozed from the burial of Obi Cubana’s mothers burial can attract the attention of the EFCC as he also noted that even the richest men in the world won’t throw money up and down anyhow.

He wrote: “This was how some of us kept asking what Hushpuppi was doing that he was throwing money up and down but we were called names and insulted. Today, he is in an American jail.

“Even the richest men in the world won’t throw money up and down anyhow. Continue attracting FBI and EFCC.

“Hushpuppi once made several videos mocking me that I am jealous of him. That I should focus on politicians, activism and allow him to enjoy his money. Today, how far? We cannot watch you guys negatively brainwash young people and say nothing. Nobody hates poverty like me but, easy.”

“Don’t allow anyone put you under pressure of any kind. Gradually, you will get there. Societal pressure is why some people have turned kidnapping, Yahoo Yahoo and even banditry into a profession.”