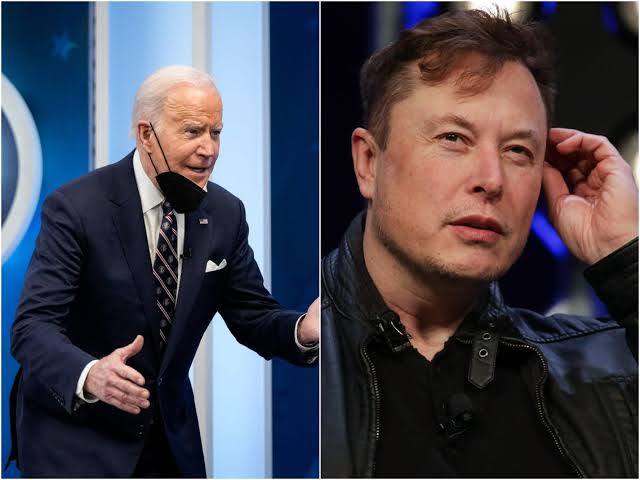 Nearly half of President Joe Biden’s 22.3 million Twitter followers are fake, a new report revealed on Wednesday, May 18.

The report comes as the world’s richest man, Elon Musk said he had suspended the $44 billion purchase of the social media platform over concerns about the amount of bots active on the site.

Non-authentic Twitter accounts, known as bots, operate to mimic human interaction on the platform in order to achieve a specific goal.

Some bots are used for spreading misinformation online or scamming people out of money, and according to a new analysis by Spark Toro, nearly  11 million followers of the US president’s official Twitter handle, @POTUS, are either bots or inactive accounts, while 42.4 % of Trump’s archived presidential account, @POTUS45, is fake.

Spark Toro’s metric takes into account ‘accounts that are unreachable and will not see the account’s tweets (either because they’re spam, bots, propaganda, etc. or because they’re no longer active on Twitter and its findings put 49.3 percent of Biden’s total followers on his White House account as fake or non-human.

The report says it could not carry out an audit of ex-President Donald Trump’s  suspended account, @realdonaldtrump because it’s suspended.

Twitter has about 229 million daily users, according to the company’s own data. The platform has long held that no more than five percent of its accounts are bots or spam.

But Musk challenged that report on Tuesday, May 17, claiming as many as 20 percent of Twitter accounts are inauthentic and accusing CEO Parag Agrawal of refusing to show proof of the company’s five percent claim.

‘You can’t pay the same price for something that is much worse than they claimed,’ Musk told the Miami summit.

Asked if the deal is viable at a different price, Musk said, ‘I mean, it is not out of the question. The more questions I ask, the more my concerns grow.’

Market analysts believe his statements could be an attempt by Musk to try to lower the price or pull out of the deal.

In response, Twitter has rubbished reports that Musk might pull out of the mega $44b takeover deal saying they had filed a preliminary proxy statement with the SEC that they intend the deal to go ahead at the agreed price of $54.20.

The company submitted the document, which updates the Securities and Exchange Commission (SEC) about important changes ahead of shareholder meetings, saying they were committed to completing the deal at the agreed price and terms ‘as promptly as practicable.’

One of the terms in the deal with Musk also includes a billion-dollar breakup clause for Musk if he chooses to walk away from the deal.