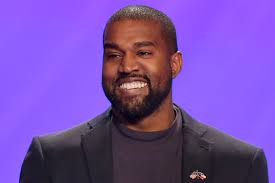 Kanye West has filed legal documents in Los Angeles to change his name from Kanye Omari West to “Ye.”

The eccentric and controversial rapper, 44, formally filed a petition to change his name to his nickname Ye, with no middle name or last name, according to Los Angeles Superior Court documents obtained by The Associated Press.

Kanye West cited ?”personal reasons” for the change. The documents were dated Aug. 11 but not sent into the court system until Tuesday, August 24.

A judge must approve before the petition before it becomes official.

This is not the first time West has tried to change his full name. In 2018, the rapper announced on Twitter that he’s no longer “the being formally known as Kanye West… I am YE.”