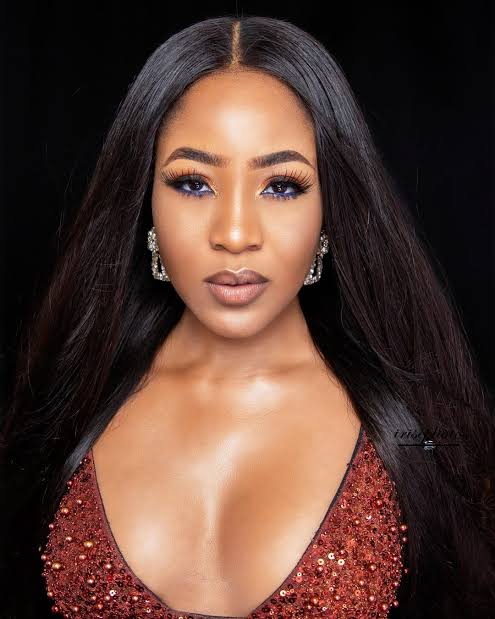 Big Brother Naija star and actress, Erica Nlewedin has stated that she will never pay the bill if she goes on a date with a man.

The 27-year-old reality show star said this in reaction to a viral tweet in which a lady said her date asked for her budget so he could choose a nice restaurant for their outing.

Erica expressed disapproval at the man’s action and averred that she will use “insecticide” to chase away any man who tries that with her. According to her, eventhough she is not financially incapable, she won’t pay for any date.

In her words; “LMAOOO IT’SINSECTICIDE I’LL USE TO CHASE YOU AWAY”
”YOU DEFINITELY KNOW I’M NOT HUNGRY, BUT I’M NOT PAYING ON A DATE SORRY DEAR”

In other news, Erica Nlewedim recently revealed how much money she would have left if N10M is removed from her account.
The successful Big Brother Naija graduate made this revelation in response to a question her colleague, Tochi asked on micro blogging platform, Twitter demanding an honest answer.

“If you remove 10million from your saving since January, how much will remain??? Talk true 😎,” Tochi asked.

In response the self-styled ‘Star girl’ revealed that if N10M is removed from her account she’ll still be left with a whooping sum of 1 billion naira.

In her words, “I’ll still have about a billion”.