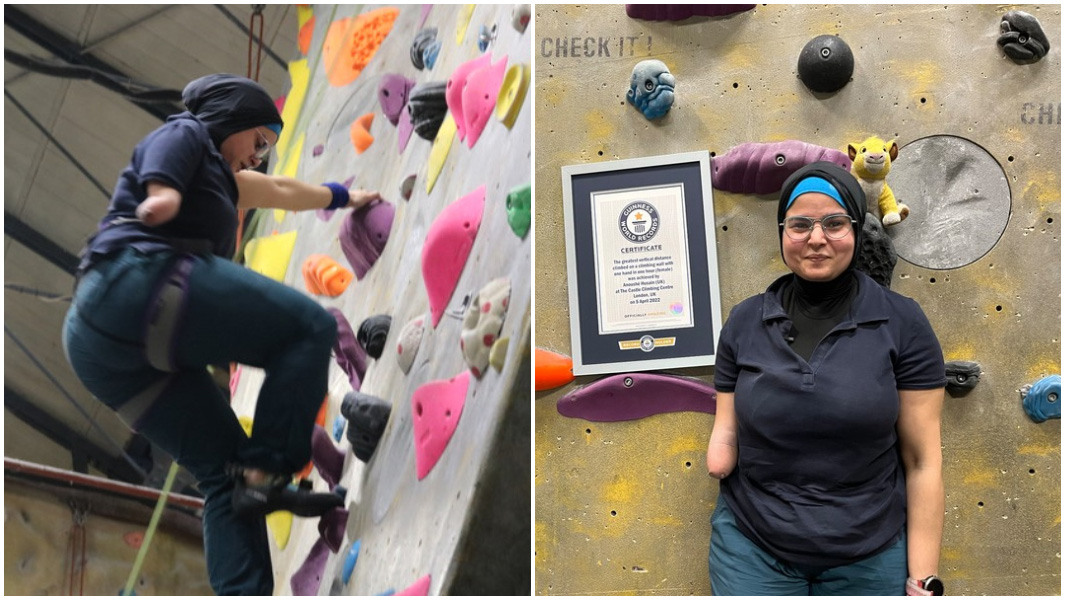 A woman born with her right arm missing below the elbow broke a Guinness World Record by climbing a vertical distance of 1,229 feet and 9 inches using only one arm on a climbing wall.

Anoushe Husain, who was born and bred in Luxembourg but now lives in London, took on the record at The Castle Climbing Centre in London.

Husain said the most difficult part of training for the record was learning to focus on using her non-dominant side.

She said: “My little arm is actually my dominant arm on the wall,” she told Guinness World Records. “So, I had to learn how to climb left-handed only, how to readjust my balance, how to generate power and how to work with what is essentially my weaker side.”

Husain, co-founder of the Paraclimbing London group, said she took up climbing as a sport about 10 years ago, while recovering from cancer and dealing with chronic pain from Ehlers-Danlos syndrome.

“I was a normal person on the wall, I was just a climber. And for the first time in a long time, I felt like a person rather than as a chronically disabled person who is struggling with her own identity,” she said.

Husain successfully broke the record for greatest vertical distance climbed on a climbing wall with one hand in one hour (female) when she managed a total distance of 1,229 feet and 9 inches.