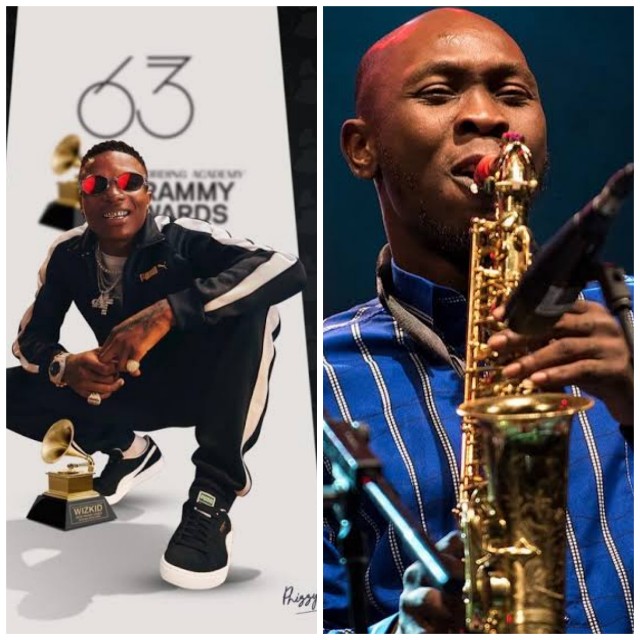 Iconic singer, Songwriter and Grammy award winner, Wizkid has replied Seun Kuti after the latter shaded him over Grammy Award.

Recall that Afrobeat singer, Oluseun Anikulapo Kuti, has earlier taken to social media to shade Wizkid over his Grammy Award. He reiterated that it’s wrong to consider Nigerian artiste who are nominated as a result of featuring in a song with an international artiste, Grammy nominees.

However, when Wizkid took delivery of his Grammy plaque yesterday his fans took to social media to drag Seun Kuti and reminded him of his statement.

Amid the backlash, Seun again took to his Instagram page to reveal he still stands by his opinion and slammed Wizkid’s fans.

“There are only 4 musicians in NIgeria whose music has been nominated for Grammy. If that annoys you it’s not my fault. Album no be music video. Your favourite will also one day by the ancestor grace make music that will be recognized. I am dedicating today to you children.

“Ok Ok Ok. Una don win. your favourite sabi shoot video pass me and my family! You know say I be video director! #mumu. We talking music, you talking hype!!!

In reaction to his posts Wizkid took to the comment and gave him a subtle sarcastic reply.

“😂😂😂 no mind dem jare. Get the sax and make some music brother..We all enjoyed ur last album we still dey dance like this ❤️🖤🦅 “. He wrote.