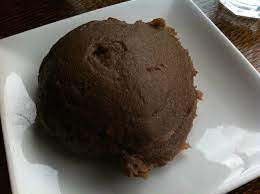 Three siblings have died and two others were hospitalized after they ate amala in a community in the Ilorin East Local Government Area of Kwara State.

According to sources, five siblings of the same parents complained of abdominal pains and started vomiting after they consumed locally prepared yam flour meal (Amala).

They were reportedly rushed to the children’s hospital in Centre Igboro but three of them were pronounced dead at the hospital.

The other two survived and are responding to treatment.