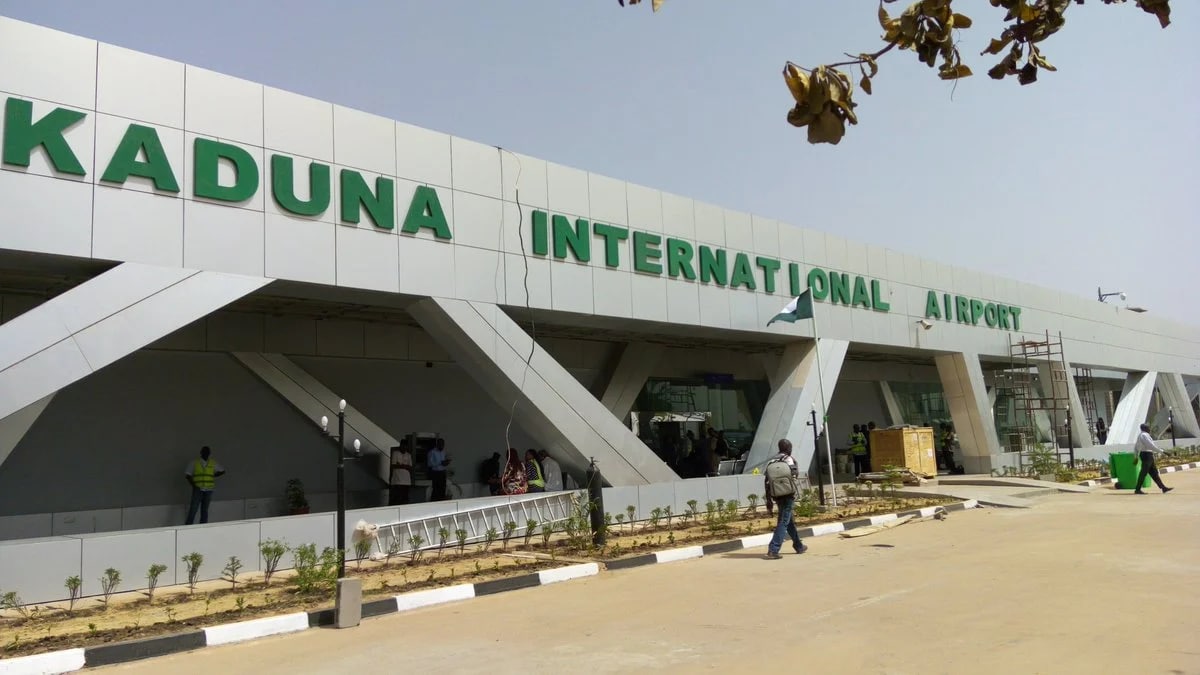 Gunmen suspected to be terrorists numbering about 200 on Saturday invaded the Kaduna International Airport, effectively taking over the airport.

THE VENT REPUBLIC reports that the attack caused panic and apprehension, with the suspected terrorists reportedly killing one security official of the Nigerian Airspace Management Agency.

The attack on the Airport facilities forced the Airport authorities to shut down activities as Military personnel battled the suspected terrorists.

Workers attached to the airport were said to have scampered for safety as they all left their duty posts, as the terrorists insisted on shutting down the airport.

According to reports, an aircraft scheduled to take off for Lagos at 12:30 pm could not fly as a result of the commotion caused by the terrorists at the runway of the airport.

“They started attacking the Airport around midnight. The soldiers were able to repel them that midnight and we thought that was all. In fact, our workers resumed work this morning as usual till around 12:00 pm.

“Then, shortly after that, some NAMA workers went to check some of their equipment, then these bandits appeared and started shooting.

“The NAMA engineers scampered for safety, they could not even go and enter the vehicle that took them to the site. It was in the process that their security man was shot in the head.

“The security man was rushed to the hospital and he was confirmed dead.

“As I am talking to you now, the soldiers are still battling those bandits, and they are proving difficult to be repelled. Now, they had shut down the airport.”