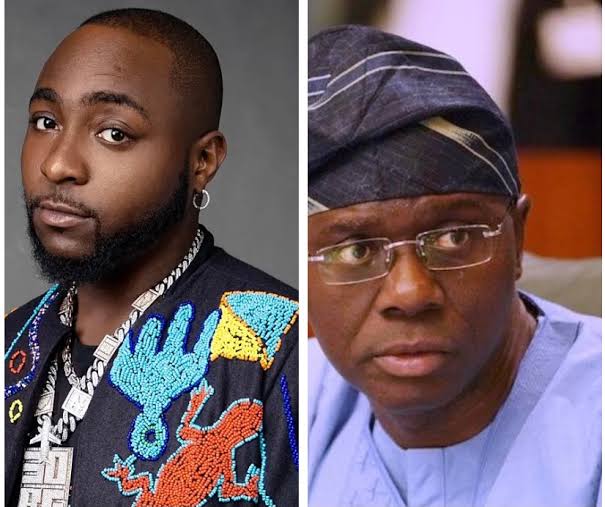 Popular Nigerian singer and music executive, David Adeleke better known as Davido, reportedly turned down Lagos state governor, Sanwo-olu’s invitation to a concert.According to activist, Rinu Oduala who stated this on Twitter, the DMW boss was invited to perform at a concert in Lagos but the moment he discovered that state government was one of the sponsors he declined.

Taking to the micro-blogging platform, she wrote,

“I remember Lagos State Govt organized a concert few days ago & covertly invited many celebrities. The moment Davido found out they were one of the sponsors, he canceled! #WeWillNeverForget.”

In other news, Nollywood actor, Jide Awobona has taken to social media to cry out after online protesters mistake his handle for Lagos state governor’s social media handle.The actor who shared screenshots of numerous posts online protesters have tagged him, hurling insults at him thinking he’s the state governor pleaded with them to confirm the handles before going on with their tags.