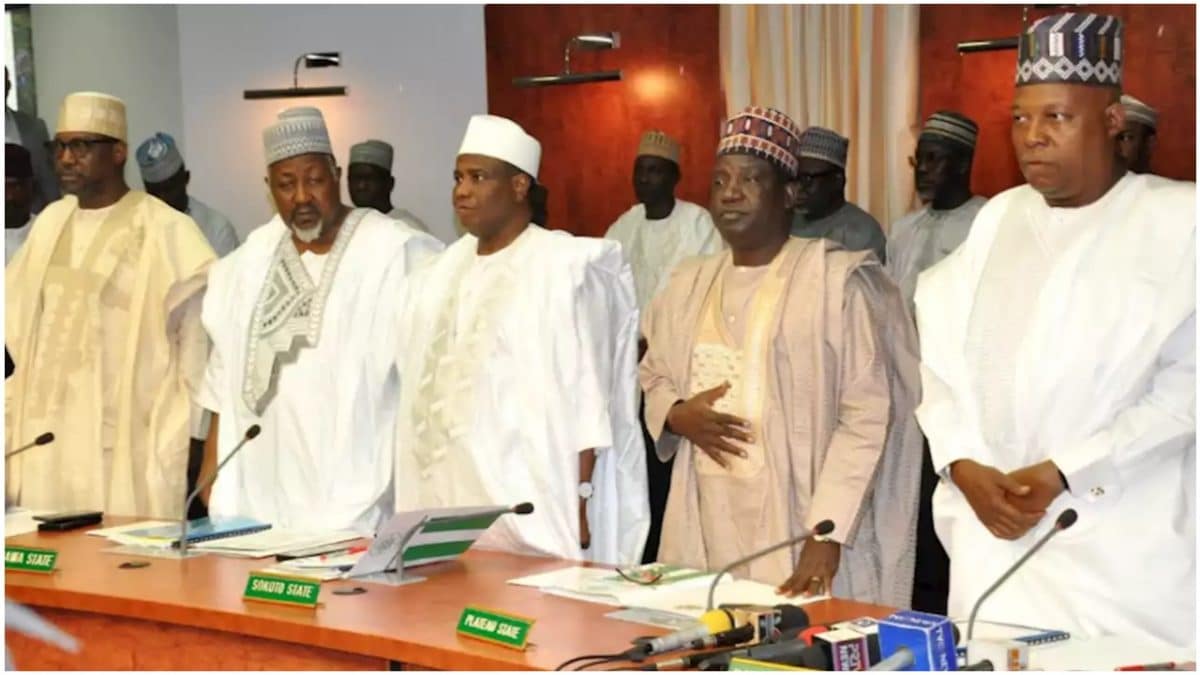 The Northern State Governors’ Forum has vehemently opposed the call by their southern counterparts for power shift in 2023. They met in Kaduna on Monday, September 27 and resolved that the zoning position was unconstitutional.

But groups including the Ohanaeze Ndigbo, the Pan-Niger Delta Forum, Afenifere and the Delta State Government said the northern governors’ position was against the unity of the country.

The southern governors at their recent meeting in Enugu reiterated their demand that the Presidency should shift to the South in 2023.

On Monday, the northern governors said although some of them had endorsed the Southern governors’ call for power shift to the South, the regional governors roundly condemned such a call.

They said the statement by their Southern counterparts contradicted the provision of the Constitution of the Federal Republic of Nigeria 1999 as amended.

They  added that the elected President must meet the requirements which include getting “the majority votes, scoring at least 25  per cent of the votes cast in two thirds of the states of the federation; in case of a runoff, a simple majority win.”

These were contained in a communiqué issued  after an emergency meeting of the regional governors and the chairmen of Northern Council of Chiefs  held in Kaduna on Monday.