#BBNaija: JMK and Whitemoney caught cuddling under the sheet (video) 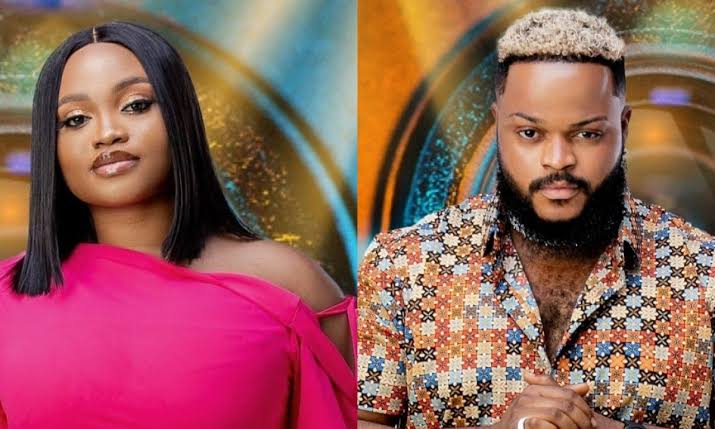 Big Brother Naija ‘shine ya eye’ housemates, Whitemoney and JMK were recently spotted cuddling under the duvet after light out.

While the other housemates went to bed the camera captured Whitemoney fondly called Mazi and JMK enjoying some romantic moment together.

This is coming after Whitemony opened up to the curvaceous housemate, JMK on why he can’t date her. He thinks he’s a clingy lover which might be bad for her game in the house.

According to him, it’s better for him to be close to all female housemates at the same time than focus his attention on her alone.

“If I give you affection you’ll run away because I’ll do it too much. I don’t know how to approach women but once I like you I wouldn’t give you space and I’m sure that will affect you in the house. So I’ll just be with all the girls in the house,” he said.

Watch video of them cuddling below,