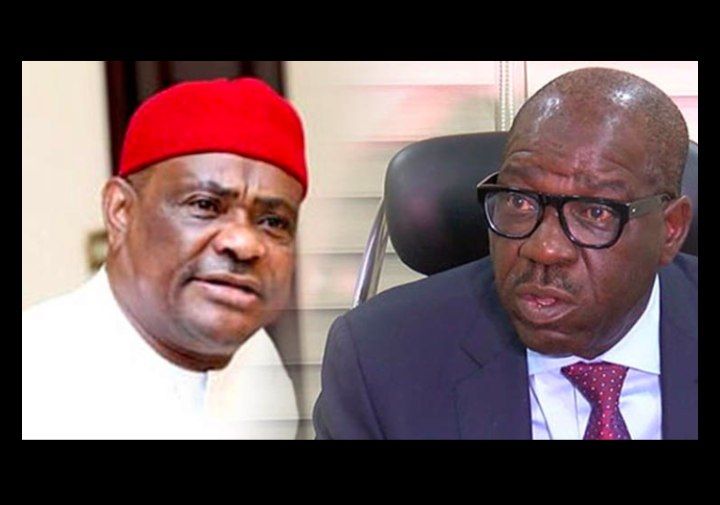 The National Chairman of the opposition Peoples Democratic Party (PDP) Iyorchia Ayu, may have subtly waded in to the verbal fisticuff between Edo State Governor, Godwin Obaseki and his Rivers State counterpart, Nyesom Wike.

THE VENT REPUBLIC recalls that the two PDP governors over the week exchanged caustic vituperations over the control of the party in Edo State, and this may have prompted the party executive to wade in.

The PDP Chairman at the National Executive Committee meeting of the party in Abuja on Wednesday, urged members of the major opposition party not to attack one another, but unite ahead of the 2023 general election.

Ayu, while serving as a peacemaker, called on the PDP leaders and members to bury their differences and work together for the success of the party in the 2023 general elections.

While advising party members not not to lose focus of where the party was coming from, he said:

“I call on every member of this party to forget their differences. If there are differences, we must settle them in-house.

“We will work tirelessly. We are talking to individual members who have differences among themselves, whether in the ward, local government, state or national level because such distraction must not be allowed to continue.

“Where there are problems, the national working committee and other leaders of national organs of the party will put heads together to resolve the differences.

“Nigerians should know that PDP is back, we will work as a team and they will see the results very soon.

“Nigeria should not lose hope. Hope is on the way and rescue on the way. Only this party can rescue Nigeria,” Ayu said.