Mercy Eke reacts to claims that Cubana ChiefPriest hooked her up with Kelvin, the same man he accused Maria of stealing. 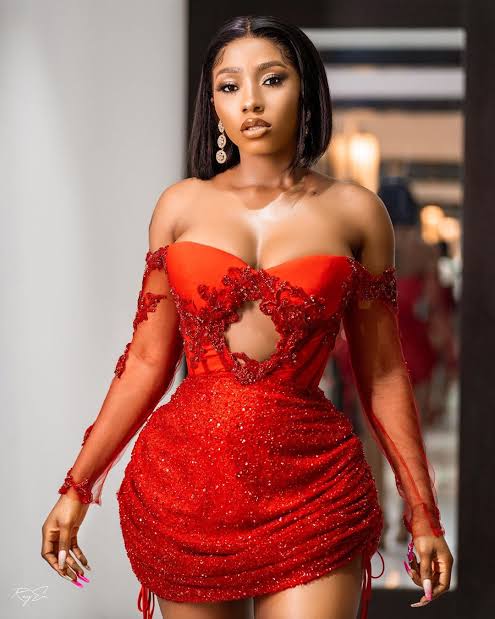 Celebrity Barman, Cubana Chief Priest has been trending on social media since Sunday afternoon after he called out BBNaija star, Maria, and accused her of stealing his sister’s Husband.

The news made round and Nigerian social media have witnessed different reactions and counter-allegations. One of such allegation is that Cubana Chief Priest himself pimped out BBNaija 2019 Winner, Mercy to Kelvin.. the same man he’s accused Maria of stealing.
Mercy has debunked that rumour, saying she was never at anytime pimped out by Cubana Chief Priest.

She had an interview with blogger SDK. It goes thus ;

-Mercy there is a viral news concerning Maria, your fellow star from big brother season 6. A blog alleges that you are also dating the Kevin that maria is accused of stealing from the sister of cubana chief priest. What is your involvement in this snatching series?

Mercy – I’m as confused as everyone else and I am telling you now that I
Mercy Chineyenwa Eke have never met this Kevin in my life, I don’t even know what he looks like… Someone has probably added my name in this story to divert attention from the main story but it wont work..

There are allegations also that cubana chief priest pimped you to this Kelvin and probably others. Are you denying this?

Mercy – What! … Cubana chief priest has never introduced or pimped me to any Man.. These are all lies.