Maria denies Pere’s claims that he fingered her and she stroked his d!xk (Video) 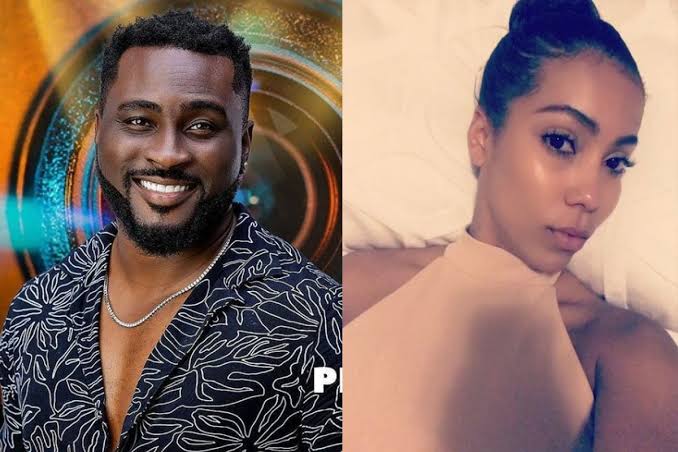 Recently evicted BBNaija housemate, Maria has reacted to Pere’s claims about them having a freaky moment under the sheets on one occasion.

The 36-year-old actor, in a conversation with Angel and Tega, had alleged that he and Maria had a sexually intimate session and he fingered her, while she in turn stroked his manhood.

Maria, who is currently on her media rounds after being evicted from the show on Sunday, August 29, has debunked his claims during her interview with Beat FM.A recording of the scandalous conversation was played in the interview and Maria was obviously uncomfortable with his claims. According to the Dubai realtor, nothing of such happened between them and she never gave him the opportunity to touch her inappropriately.

She stated that whenever he slept in her bed, she usually demarcated the bed with pillows to prevent bodily contact, but on some occasions, she allowed him cuddle her because she didn’t want to embarrass him on camera.Speaking further, Maria stated that Pere liked saying things to trigger a reaction from her and he usually exaggerates situations.

She said in part, “Nothing like that happened. When I shared room with Pere I always demarcated the bed“I feel what he said is disrespectful because it didn’t happen. I have something outside the house so I had to address that,”“It’s not because of this issue, we will not be friends cause there are other things I found out.”

Watch the video below,