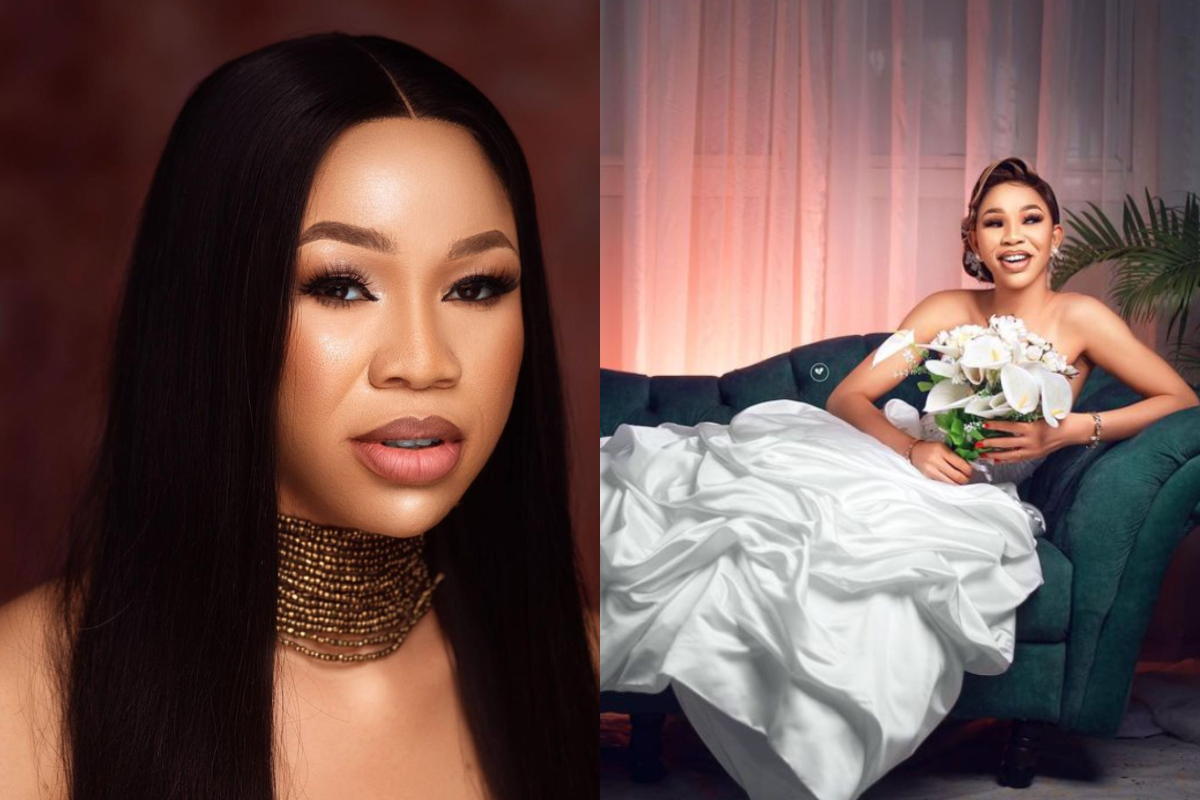 Nerita Ezenwa, the current lover of former Aviation Minister, Chief Femi Fani-Kayode has stirred the hornets’ nest with a recent picture she took on social media.

Recall, Fani-Kayode recently took Ezenwa, a former beauty queen, with him to visit the Ooni of Ife Oba Adeyeye Ogunwusi. He shared photos of the meeting on social media with his fans.

She sparked marriage rumors as she made the comment that she would make a beautiful bride if she walks down the aisle. She shared a photo of herself beaming with smiles on a couch.

She captioned her post as: I will make a beautiful bride.

Fani-Kayode seems to have a thing for former beauty queens as his ex wife, Precious Chikwendu was also one. He is currently embroiled in a bitter divorce with her as she wants the custody of their four children and demanded a hefty payment for child support.

The Cambridge trained lawyer alleged that she was unfaithful to him as well as having mental health challenges which makes her unfit to bring up the kids. Fani-Kayode had his latest son from an alleged unrevealed Moroccan lover who works in the oil and the gas sector. He has been married four times and is still legally married to his third wife, Regina Hanson-Amonoo a Ghanaian pastor who has moved back to her country with their daughter, Remilekun named after his illustrious father who was the ex Deputy Premier of the Western Region and moved the motion for Nigeria’s Independence in 1957.