I am threatened by Osimhen – Inter Milan Legend 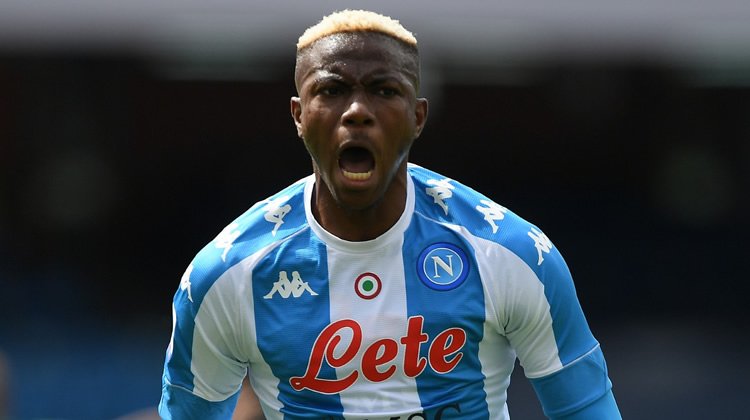 Inter Milan legend, Sandro Mazzola, speaks highly of Nigeria international, Victor Osimhen, ahead of the Italian champions and Napoli mouth-watering clash in the Serie A on Sunday.

The former Nerazzurri striker was full of praise for the 22-year-old Nigerian and said he frets anytime Osimhen was with the ball.

The erstwhile Lille striker has been in great form for the Parthenopeans in Serie A this campaign, managing to score five goals from 10 appearances.

Luciano Spalleti’s men have gone 12 games unbeaten in the league and will hope to take their unbeaten tally to 13 when they take on Inter in a top-flight fixture at San Siro Stadium.

Speaking with Radio Kiss Kiss, a Naples based radio station, Mazzola, a former striker, was full of praise for the Super Eagles forward.

“Spalletti’s team is not to be underestimated. There is that centre-forward there, Victor Osimhen, who is really strong. He makes me lose sleep. Every time he touches the ball he manages to amaze me; it’s surprising.”

Mazzola, who made 417 appearances in his career with Inter and scored 116 goals, confessed Spalletti was a manager he liked but warned his team could suffer their first defeat of the season against Inter.

“Luciano Spalletti is a coach I like very much, I have always defended him,” Mazzola said.

“Given this, I also say that on Sunday, on the occasion of the match between Inter and Napoli, we will punish him.

“We need a victory against the Neapolitans otherwise goodbye to the Scudetto. If we overtake Napoli, on the other hand, we would still have the chance to get back into the race.”

Napoli is currently on top of the league table with 32 points, the same number with AC Milan and seven points more than Inter after 12 matches.