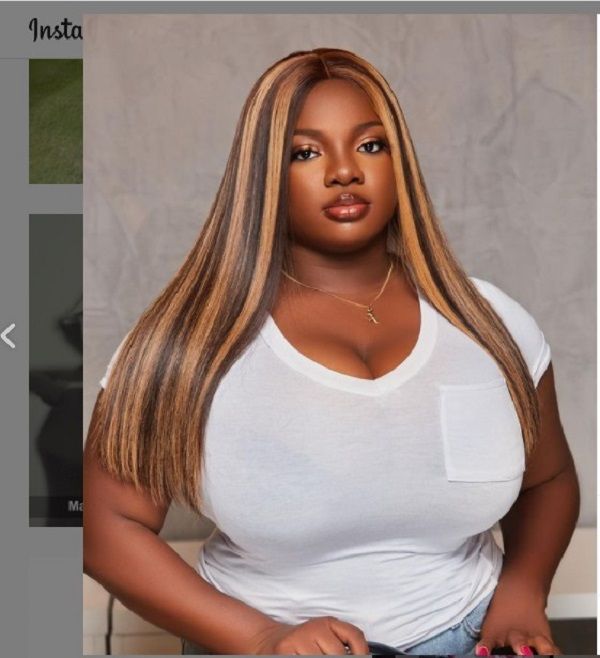 Big Brother Naija Lockdown edition housemate, Dorathy Bachor, has alleged that armed operatives of the Economic and Financial Crimes Commission, EFCC, or breaking into her Lagos residence in the early hours of Monday.

Dorathy, who was a finalist in the 2020 edition of BBNaija television reality show took to her Instastory almost immediately after the alleged raid on Monday to narrate the incident.

According to the former housemate, the anti-graft officials allegedly broke into her house, saying they were after a suspected internet fraudster.

She, however said EFCC officials left the apartment after they identified her as a former BBNaija housemate.

The entrepreneur said her aged mother almost suffered a “panic attack” as a result of the incident.

The ex-housemate also posted videos showing men in red uniforms in her compound.

Dorathy wrote, “What is the need of being a citizen of this country if I can’t feel safe in my own house? It’s 5am and I’m literally shaking and so upset right now.

“I feel like my head is about to explode, I’m numb.

“At 04:45am, I heard a loud sound and voices followed after. I rush(ed) out almost naked to see 5 fully armed @officialefcc men in my living room and one of them saying, ‘oh na that big brother babe be this’.

“In my confused state, I’m trying to understand what in the hell was going on, why did they break my door?

“Then, one of them said they were looking for someone who ran into my estate and I should lock my door, stay indoors and not say a word.

“I’m shaking at this point and so confused because how exactly is this even okay?

“Still shaking, I’m trying to close my already broken door when my sister screamed my name and I ran back upstairs to see my mom almost have a panic attack.

“I have never felt so helpless in my whole life.

“@officialefcc you now break into people’s houses and jump estate fences all in the name of doing your job. Shame on you all.”

When contacted, EFCC Head of Media, and Publicity, Wilson Uwujaren, said that he needed to make some findings before making any comment on the matter.