What US said about Guinea’s Military Seizure of Power 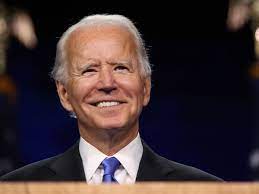 The United States of America has condemned the military seizure of power in the Republic of Guinea which happened on Sunday, September 5.

Army leaders in Guinea had staged a coup and arrested President Alpha Conde.

A video sighted by AFP showed some soldiers saying the army has decided to change the country’s Constitution.

Reacting, the US, in a statement titled, ‘On the Military Seizure of Power in Guinea,’ signed by the Spokesperson for the Department of State, Ned Price, urged all parties to forego violence and any efforts not supported by the Constitution.

“Violence and any extra-constitutional measures will only erode Guinea’s prospects for peace, stability, and prosperity. These actions could limit the ability of the United States and Guinea’s other international partners to support the country as it navigates a path toward national unity and a brighter future for the Guinean people.

“We urge all parties to forego violence and any efforts not supported by the Constitution and stand by the rule of law. We reiterate our encouragement of a process of national dialogue to address concerns sustainably and transparently to enable a peaceful and democratic way forward for Guinea to realise its full potential.”