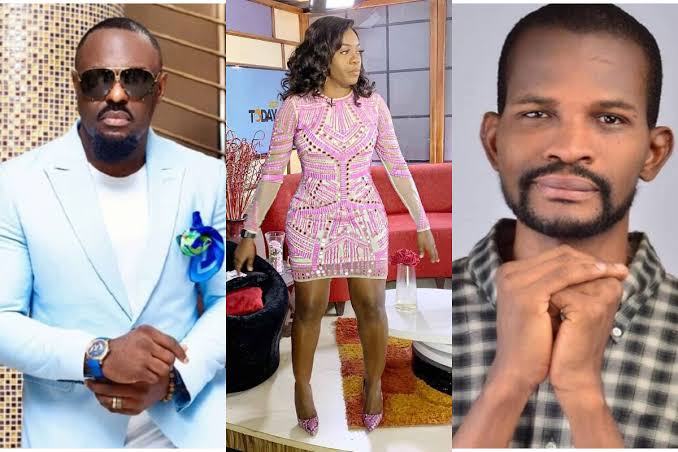 Media personality, Shade Ladipo, has reacted to the viral video of actor, Jim Iyke, confronting his colleague, Uche Maduagwu, over his comment about him.

Uche Maduagwu had shared a video on his Instagram page in which he questioned Jim Iyke’s wealth and accused him of being a ritualist because “he disappears and then reappears with so much money”.

The controversial actor had likened Jim to embattled Nigerian sociality, HushpuppI, who is currently in FBI custody for alleged fraud. According to him, he wants Jim to be arrested as well because he doesn’t know the source of his wealth.

Jim didn’t take the accusation lightly as he tracked him down to a movie set and physically confronted him. In the viral video which trended on social media recently, Jim dealt him blows and kicks before they were separated. ICYMI

Reacting to this, Shade Ladipo took to her Instagram page to throw a subtle shade at him, adding that people should get busy so they won’t be looking for trolls up and down.

She wrote in part, “I hope this thing of Jim Iyke tracking down a troll is a stunt, all these antique actors that don’t have much to do are really becoming a problem. Get busy my brother so you won’t be looking for a troll”.