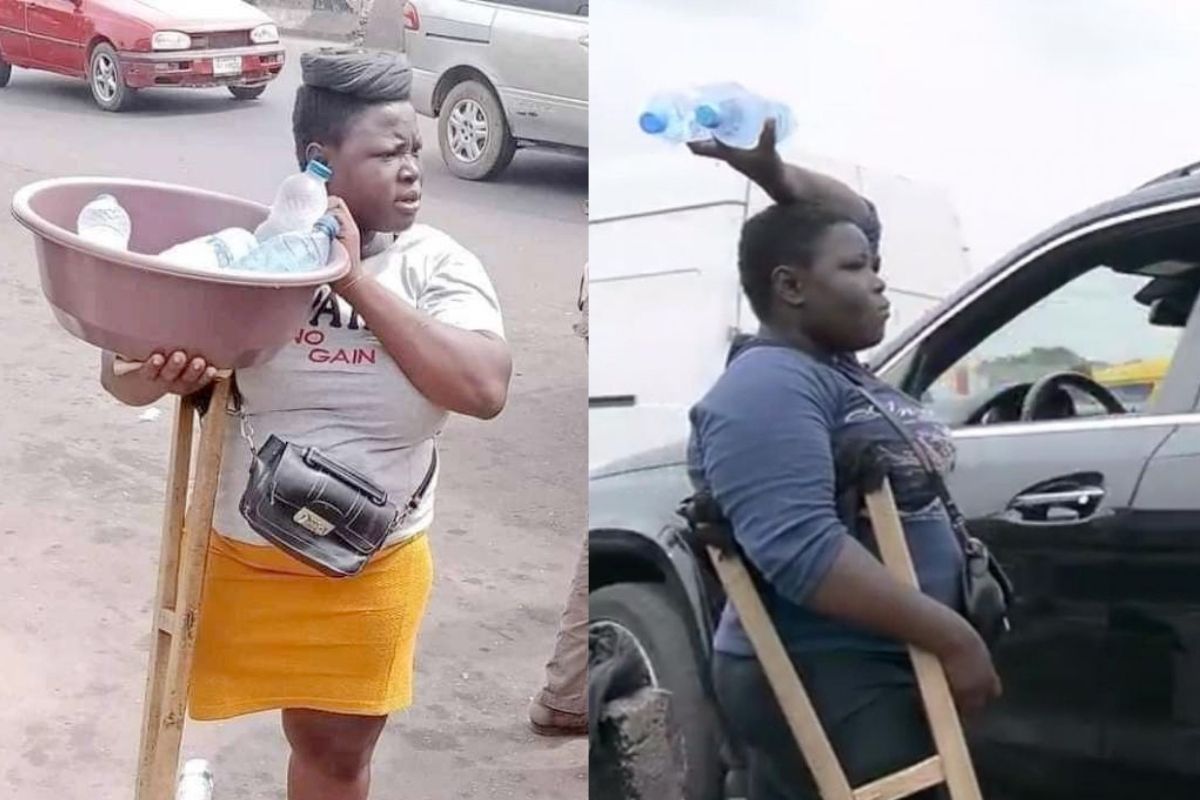 A one legged Lagos based hawker, Mary Daniel was given a lifeline by kind hearted Nigerians to the tune of 14.3 million naira after a video of her hawking in the hot sun of Lagos went viral.

The video was shared by Punch Journalist, Joel Nwokeoma and it showed her selling pure water and other items on her head with her wooden crutch.

The former Chief of Staff in Imo State, Uche Nwosu saw the video and donated one million naira to her. He came to Lagos in the company of three other men and they were seen having a sumptuous feast.

According to an Instagram Blog, Gossipmilla Naija, the total amount of donations that have been given to her amounts to about 14.3 million naira as her donors were determined to take her completely off the streets and give her a fresh lifeline.

She lost her parents in an accident at the tender age of eleven and was also amputated on one leg at that age. She used to hawk to fend for her child and grandmother.