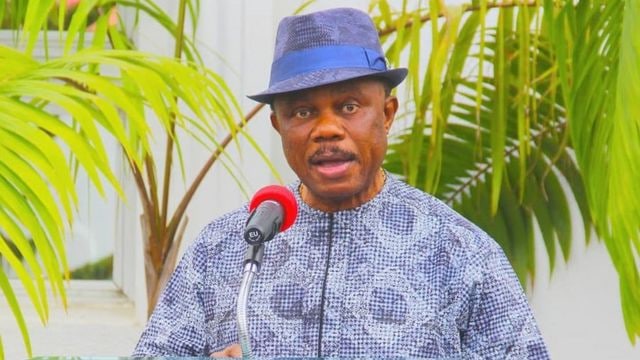 The Economic and Financial Crimes Commission has denied reports that the immediate-past governor of Anambra State, Willie Obiano, has been released from detention.

EFCC spokesman, Wilson Uwujaren, in a chat with PUNCH correspondent noted that Obiano was transferred to Abuja on Friday morning.

“He’s still with the commission. He was even transferred from Lagos to Abuja this morning,” Uwujaren said.

Obiano was arrested by the EFCC on Thursday night hours after his handover to the new Anambra governor, Chukwuma Soludo.

THE VENT REPUBLIC recalls that the anti-graft agency arrested Obiano around 8.30 pm on Thursday at the Murtala Muhammad International Airport, Lagos as he was about to board a flight to Houston, Texas in the United States, a few hours after he handed over the reins of power to Prof. Charles Soludo.

Though the reason for his arrest could not be ascertained, the EFCC had months back said the former Anambra State Governor had been on its watchlist.

THE VENT REPUBLIC could not also infer if the former Anambra Chief Executive would still be allowed to leave the country with this development.