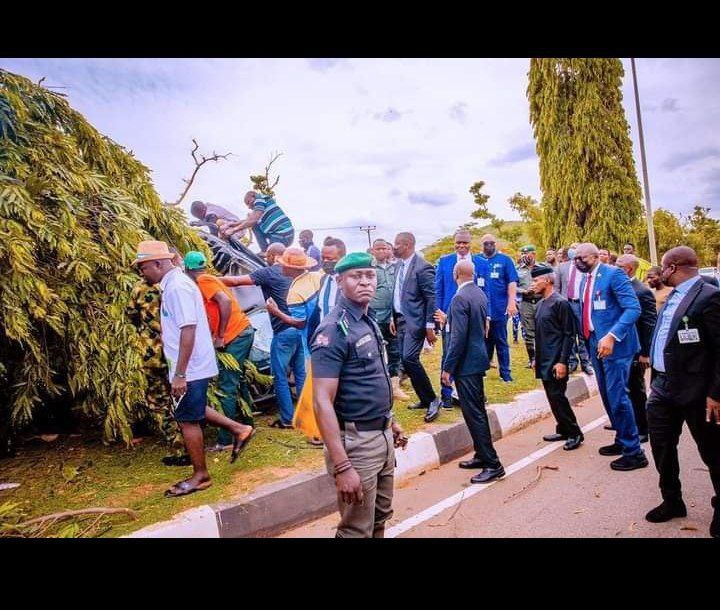 News filtered in a few minutes ago that Nigeria’s Vice President, Professor Yemi Osinbajo had an accident along Airport Road with the People’s Gazette reporting that his car somersaulted and he is currently being removed from the affected car.

THE VENT REPUBLIC can confirm that that is a misrepresentation of facts as it was another person who had the accident and the Vice President was incidentally on that route when it occurred and proceeded to use his car to convey the injured victim to the hospital.

What the People’s Gazzette eyewitness saw was not Osinabjo being driven out of the vehicle but the picture of the injured victim from the car being assisted into the Vice-President’s vehicle.

Yemi Osinbajo, a frontline Presidential aspirant was on his way to the Airport en-route to Ondo State when the incident occurred.

His aide, Laolu Akande corroborated TVR’s claim with a press statement when he wrote:

“On his way to the airport this morning, VP came across a road traffic accident, stopped to lend assistance, and ensured the victim was taken to the hospital with VP’s convoy ambulance. He then proceeded on his trip and is now in Ondo State heading to site of yesterday’s attack in Owo…”

See  pictorial evidence of what happened below: