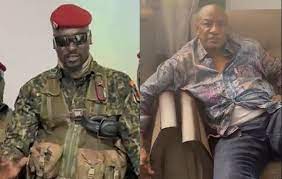 There seems to be a leadership vacuum in Guinea as soldiers surrounded President Alpha Conte and claimed to have seized power from him.

According to the BBC, They appeared on national TV claiming to have dissolved the government.

However, the defence ministry said the attempted takeover had been thwarted by the presidential guard.

This follows hours of heavy gunfire near the presidential palace in the capital, Conakry.

The West African country of Guinea is rich in natural resources but years of unrest and mismanagement mean it is one of the world’s poorest countries.