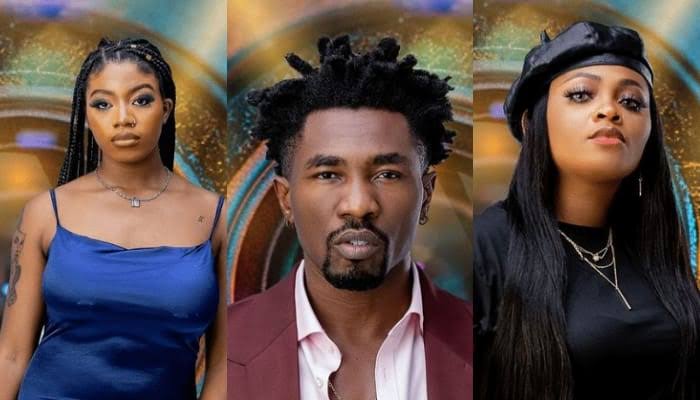 The one time close pals, Angel and Boma had a heated verbal argument on Thursday evening, September 2nd.

Boma confronted Angel for allegedly telling people he’s a kiss and tell, which led to an exchange of harsh words. While Boma hurled insults on Angel he made emphasis on her young age.

However, in a conversation that ensued between Tega and Boma and Friday while the two spoke about his fight with Angel
Tega noted that she felt terrible that Boma was disrespected by a ‘small child’ (referring to Angel).

“I really felt bad that you shouldn’t have had that conversation because you allowed a ‘small pikin’ to talk rubbish with you,” she said.