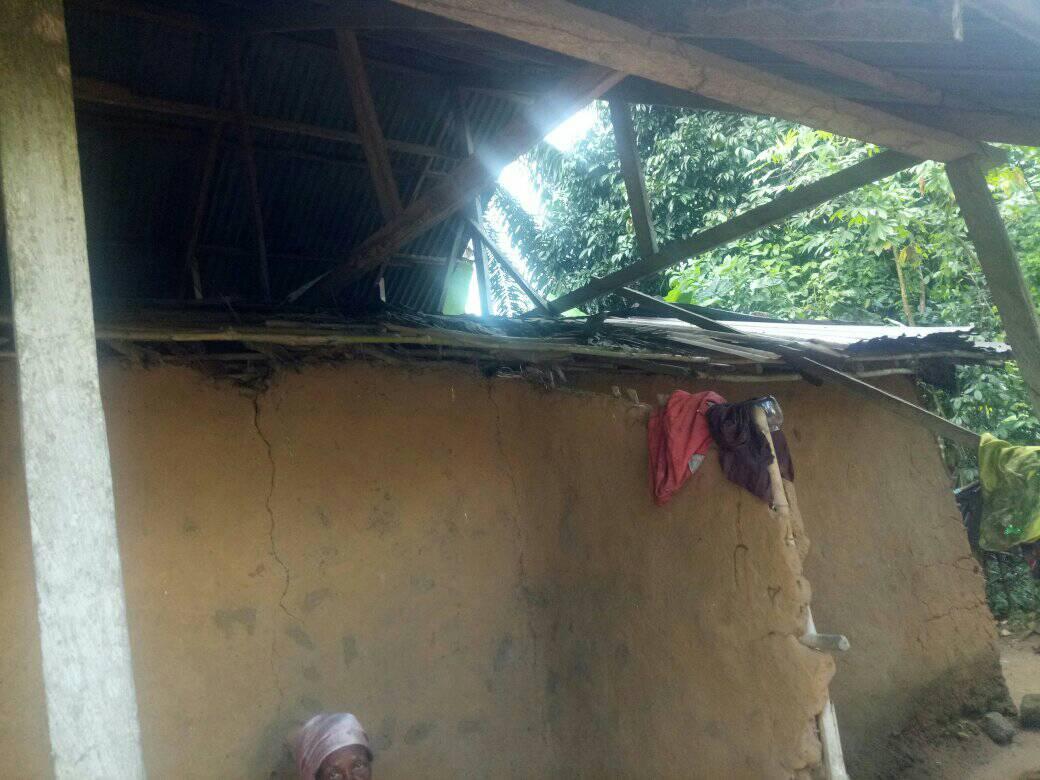 Life indeed is not fair, especially to people like Eka Edet Young who seems to be the only target of life’s painful arrows. The formerly cheerful and happily married woman from Ikot Ekpeyak Ikono in Uyo Local Government Area of Akwa Ibom State has become a shadow of herself since she lost her husband many years ago.

Following her husband’s untimely demise, the widow again watched her four children lowered into the grave one after the other in the space of 12 years of her middle age.

As if this wasn’t enough, the cruel wind of destruction blew off her thatched roof and would have collapsed her mud house but not for the timely intervention of one of the community leaders, Friday Peter (now late).

The Late Friday Peter whom she said took it upon himself to cater for her food needs also died of a brief illness few years back, leaving her without a person to call her own.

Her mud house which the Late Friday Peter helped her arrange has an open roof, with nylons covering some portions of it to offer minimal protection from heavy rainfall thus, exposing her to harsh weather conditions and creeping things.

When this reporter visited her, the octogenarian was found lying hopeless on her stomach which she had tied with a wrapper to curb the pangs of hunger. She informed that she had not eaten anything since the break of day and was not feeling fine.

When asked of her means of survival, Eka Edet Young informed that she used to cook palm fruit and crack palm nuts to sell at the popular ‘Kpo-kpo’ market when she was much stronger. “I no longer do that because I don’t have the strength. I am very sick and I don’t have food to eat”, she said in her dialect.

For now, she survives through the irregular food she gets from some members of the community and God’s grace.

Eka Young needs help. Her house is located at Adak Ukana road, after the White House behind Community Secondary Commercial School, Ikot Ekpeyak Ikono in Uyo. She can be reached through: 08062988653.