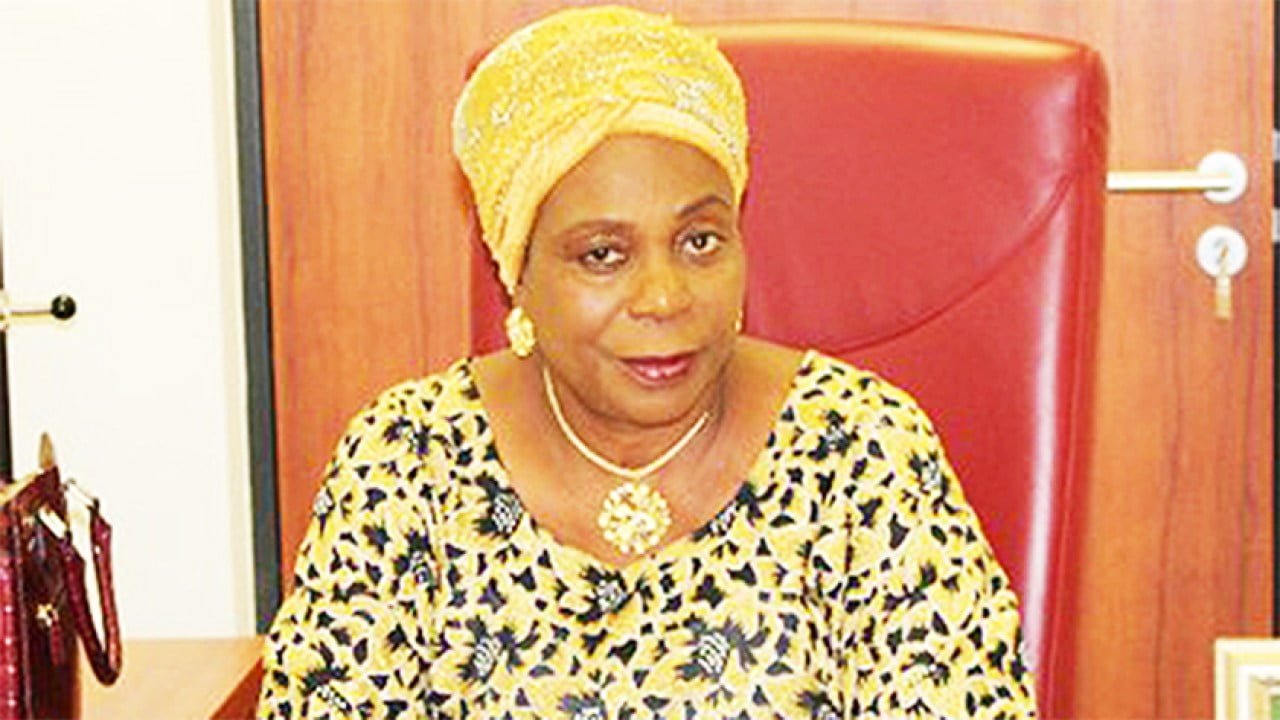 Former Senate Minority Leader, Senator Biodun Olujimi and eight other female aspirants have indicated their interest to contest the Ekiti State governorship poll slated for June 18, 2022 on the platform of the opposition Peoples Democratic Party, PDP.

The nine female aspirants were among other seventeen people that have so far obtained nomination forms and have been screened by PDP at the National Secretariat.

Olujimi said her decision to join the race was borne out of the desire to salvage the state from the woods through selfless service to the people irrespective of their social status.

She made the declaration in a chat with some journalists in Ado-Ekiti, the state capital on Sunday ending the speculation about her governorship ambition.

The lawmaker representing Ekiti South Senatorial District said she decided to throw the hat into the ring following calls from the downtrodden, traditional rulers and eminent sons and daughters of the state.

Olujimi noted she possessed the quality and experience required to harness the vast state’s resources for productive and developmental purposes, adding that her political and public sector experiences has prepared her for the plum position.

She said she is in the governorship race to change the fortunes of the state by revolutionizing all the sectors of governance with focus on the masses.

She said that if given the ticket of her party and elected as governor, she would reposition Ekiti for economic prosperity by creating an environment for industry to thrive with a better approach to taxation that will reduce dependence on federation allocations.

She promised that her administration will restructure the health sector in a way that quality healthcare service delivery would be decentralised with a view to reaching both urban and rural dwellers.

She added that education was one of the major objectives of her aspiration, saying the sector would be reformed to include not only building of schools but also the provision of incentives to teachers.

In her words: “Our mission is to rebuild, to reposition and to regain the state’s glory. We are very committed with passion to make sure that Ekiti occupies its rightful position in the comity of states.

“We will remain focused on our mission to turnaround the fortunes of the state by revolutionizing all the critical sectors of governance with direct focus on the downtrodden masses.

“And also, our plan is to explore all the areas of possible economic prosperity and development without exploiting the people. God Almighty had blessed Ekiti State with abundant natural and human resources. What we need is the right leadership. And Olujimi is the right person.

While declaring herself as the best hand for the most coveted seat, Olujimi said that the opposition PDP needed to put its best forward for the poll if it was serious of unseating the ruling APC.

“So, all we need is a candidate with good character, great antecedents and that is popular. And I have consistently proved that with my track records. My footprints are everywhere in the state despite being from Ekiti South”, she added.