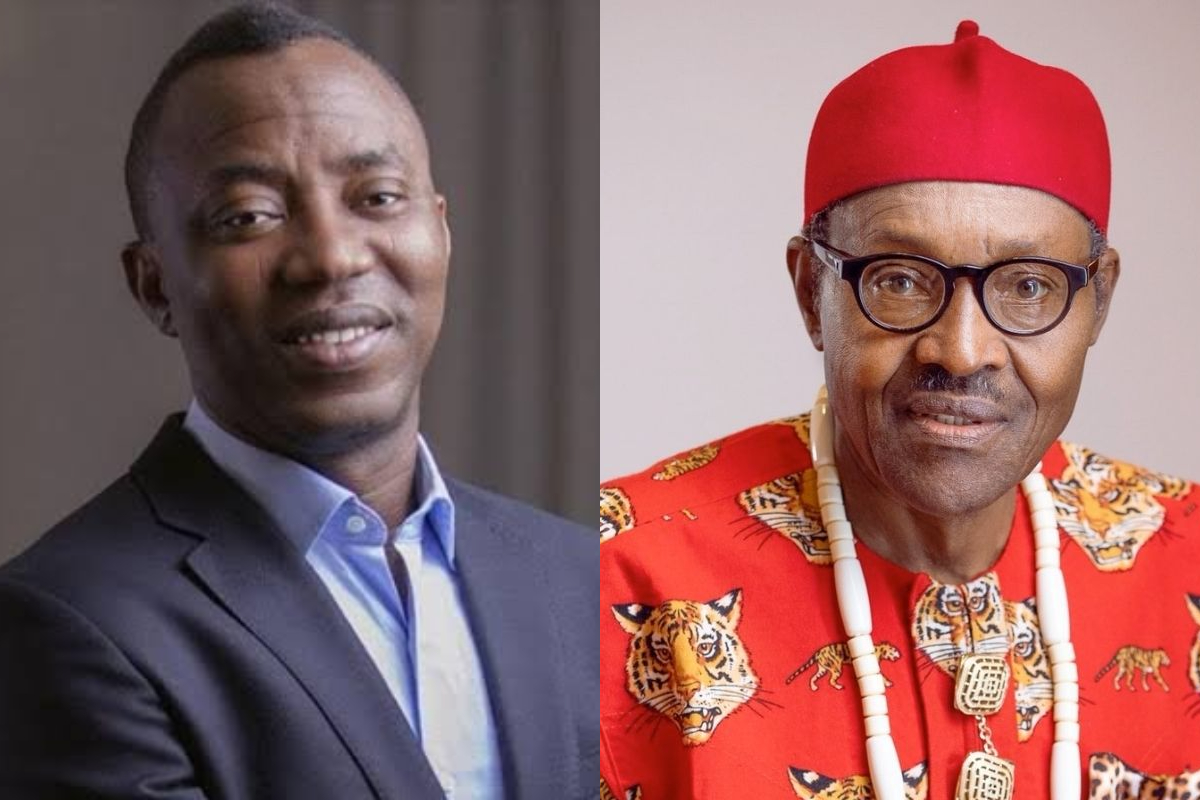 In an exclusive interview with Arise TV, the president aired his views on pressing issues confronting the country and insisted that the country must be secure in order to attract investors, as no one will invest in an unsafe environment.

Buhari, who emphasized the importance of good behaviour among the youths, claimed that during the #EndSARS protest, some young Nigerians wanted to march to Aso Rock to depose him.

He said: “This question was answered last year when there was the #EndSARS protest last year. You remember the young people that wanted to march here and remove me?

“Tell the young people to behave themselves and make the country safe, then we can attract real investors to the country”. He said.

The comment of Buhari concerning the youths of Nigeria did not sit well with Sowore as he took to his Twitter page to make it known that Buhari has no good intentions for the youths as he has declared war on them.

“This was the reason he unleashed soldiers on #Endsars protesters, Buhari’s only concern is how to kill young people because he believed that #Endsars protesters wanted to remove him from office. Well, now everyone is tired and we are saying #Buharimustgo.

“After watching this interview by Buhari, you should just know that Buhari has declared war on Nigerian youths. We must respond in the language all dictators and tyrants understand.”

Sowore has been under restriction in Abuja since 2020 after calling for a revolution against the administration of President Muhammadu Buhari. He was initially denied bail before it was granted but he is not allowed to leave Abuja.

He ran for the Presidency in 2019 and currently is embroiled in a crisis with some of his erstwhile party members of the African Alliance Congress (AAC).