Skip to content
Trending
Unilorin Final Year Week: It Is Not Bye Bye, But See You Again.
The Global Journo: My Journey to BBC
Sex, Drugs business boom at Lagos bus-stops
Opinion: Food Insecurity in Nigeria: Way Forward – Precious Ewuji
Arsenal’s Majority Shareholder Reveals What Will Happen To Arteta After Arsenal’s Disastrous Season
Don’t go to Canada – kick APC out if you are dissatisfied – Fayemi to Youths
BREAKING: Aisha Alhassan (Mama Taraba), Is Dead
Aside Trying To Induce Me With Money, Jonathan Tried To Make Me Join His Government — Omoyele Sowore
Members Still In Disbelief Over The Death Of Prophet TB Joshua.
2023: See The Conditions Arewa Youths Gave Tinubu
Home » 28-Years-Old Damien Tarel Who Slapped French President, Emmanuel Macron, Has Been Sentenced to Four Months in Jail. 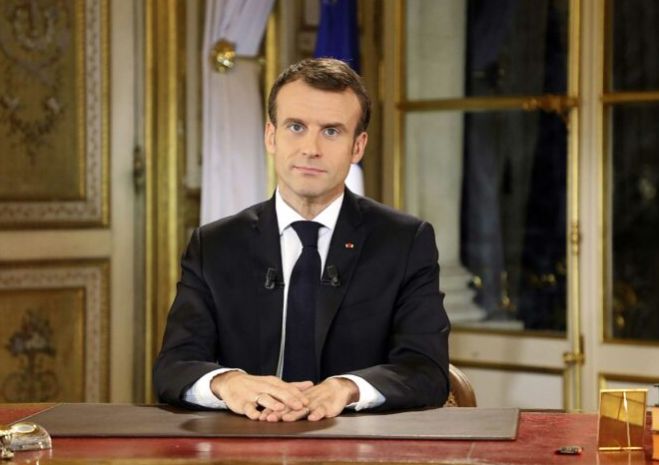 Damien Tarel was arrested after the incident which occurred when the French President was doing a crowd walkabout on Tuesday.

After the incident, Tarel admitted to hitting the president with a “rather violent” slap. According to him, “When I saw his friendly, lying look, I felt disgust, and I had a violent reaction,”. “It was an impulsive reaction … I was surprised myself by the violence.”

He added that he and his friends considered bringing an egg or a cream pie to throw at the president, but changed their minds. Insisting that the slap wasn’t premeditated.

“I think that Emmanuel Macron represents the decline of our country,” he said, without explaining what he meant.

A French court in the south-east city of Valence charged him with violence against a person invested with public authority on Thursday, June 10.

He was sentenced to four months in prison and an additional 14-month suspended sentence, and was banned from ever holding public office and from owning weapons for five years.