Skip to content
Trending
Opinion: Food Insecurity in Nigeria: Way Forward – Precious Ewuji
Alleged Billionaire Murder: Chidinma Ojukwu booked the apartment where he was murdered using a false name
Members Still In Disbelief Over The Death Of Prophet TB Joshua.
Another Year: Chronicle Of My Journalism Life
The Global Journo: My Journey to BBC
IPOB denies plans to attack Lagos
Unilorin Final Year Week: It Is Not Bye Bye, But See You Again.
Aside Trying To Induce Me With Money, Jonathan Tried To Make Me Join His Government — Omoyele Sowore
Gospel Singer Heben Ajayi Dies Few Days To His Wedding
BREAKING: Aisha Alhassan (Mama Taraba), Is Dead
Home » The Beast Of Five Teeth: Scientists Unearth Remains Of Herbivore Who Lived With Dinosaurs 74 Million Years Ago

The Beast Of Five Teeth: Scientists Unearth Remains Of Herbivore Who Lived With Dinosaurs 74 Million Years Ago 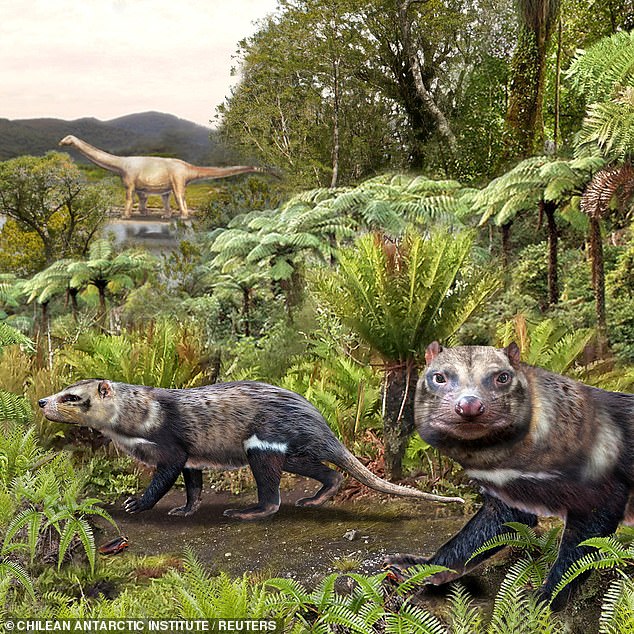 Orretherium Tzen, an ancient, skunk-line mammal coined the ‘Beast of Five Teeth’, charred remains have been unearthed in Chilean Patagonia.

According to DailyMail, Paleontologists uncovered part of the creature’s fossilized jawbone, complete with five attached teeth, in the ‘Mammal Quarry’ of the Río de Las Chinas Valley.

The herbivore had lived 72–74 million years ago, during the Late Cretaceous, making it a contemporary of the dinosaur family.

This new discovery is evidential proof that mammals were roaming the area we know today as South America a lot earlier than was previously thought.

With the exception of Magallanodon baikashkenke — a rodent-like creature who was also found in the Río de Las Chinas Valley last year — mammals from 46–38 million years ago had only previously been found at the southernmost tip of the Americas.

The team believe that O. tzen and M. baikashkenke likely lived at the same time.

According to University of Chile palaeontologist Sergio Soto, such discoveries are critical to completing the evolutionary puzzle of the group of long-extinct early mammals called ‘Gondwanatheria’.

‘This and other discoveries that we are going to make known in the future are revealing that there is enormous potential in terms of palaeontology in the southern tip of Chile,’ said Dr Soto.

‘We are finding things that we did not expect to find and that are going to help us answer a lot of questions that we had for a long time about dinosaurs, mammals and other groups.’ 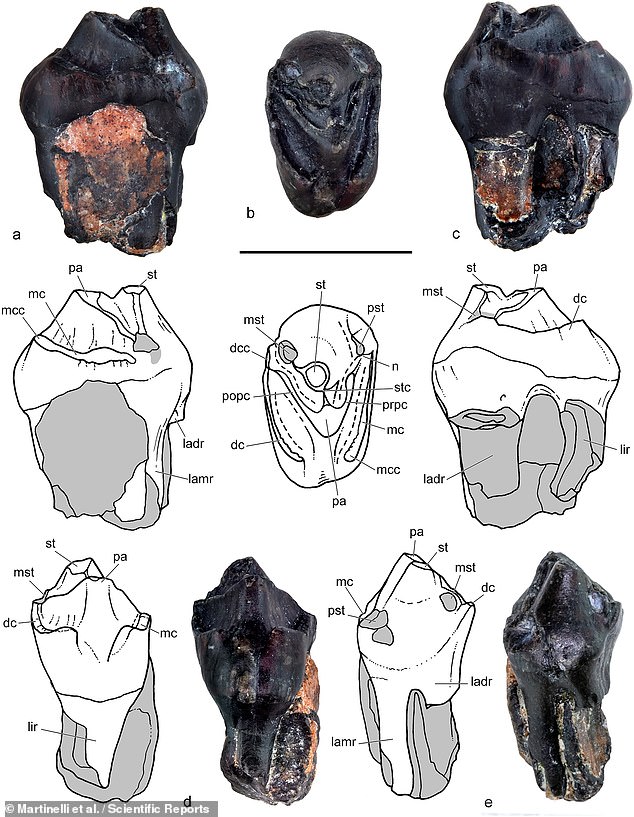 O. tzen is thought to been a herbivore and lived around 72–74 million years ago, during the Late Cretaceous — making it a contemporary of the dinosaurs. Pictured: the mammal’s teeth

The discovery of O. tzen (pictured in an artist’s impression) adds to mounting evidence that mammals were roaming the area we know today as South America a earlier than once thought

According to University of Chile palaeontologist Sergio Soto, such discoveries are critical to completing the evolutionary puzzle of the group of long-extinct early mammals called ‘Gondwanatheria’. Pictured: palaeontologists work in the Río de Las Chinas Valley

‘Findings of new fossiliferous sites, not only in Patagonia but also in the Antarctic Peninsula and the rest of South America are needed,’ the researchers concluded.

This, they added, will allow us to determine ‘if Patagonia summarizes the fossil record of the continent, or even of [the supercontinent] Gondwana, or if it is only a small piece of a marvellous history at the dusk of the Mesozoic Era.’

‘Certainly, Patagonia was an evolutionary laboratory in which disparate body sizes and craniodental morphologies appeared.’

The full findings of the study were published in the journal Scientific Reports.

Culled from a DailyMail report.